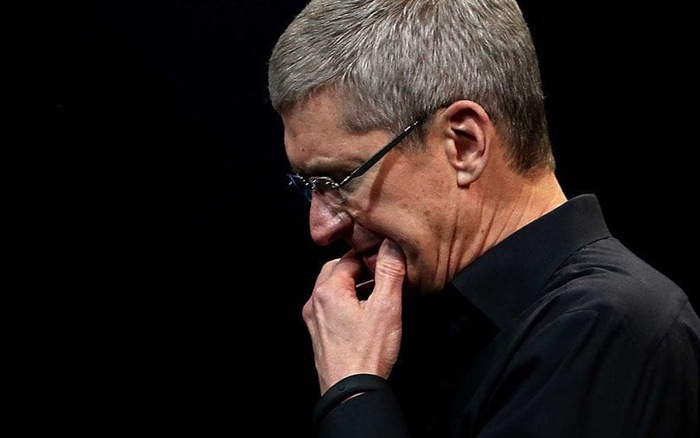 When reporters or analysts ask Apple CEO Tim Cook about a thorny, controversial overseas issue facing the iPhone maker, he often says that Apple follows the law in every country where it operates.

Now, Apple is reportedly working to follow a law that could force major changes to the iPhone and disrupt Apple’s lucrative app distribution model.

Apple is developing software to comply with new European Union requirements scheduled to go into effect in 2024, according to Bloomberg News. Nothing is final, but Apple is considering changes including allowing third-party browser engines, giving wallet apps access to the phone’s NFC chip, and switching the charging port to USB-C from the company’s proprietary Lightning connector, according to the report.

These changes would address longstanding consumer complaints and would give third-party apps — including mobile wallets like PayPal’s Venmo and mobile browsers such as Google Chrome — a better chance to compete against Apple’s built-in apps. The USB-C charger change would mean most people could pack one charger for their phone and laptop.

But the biggest reported change is that Apple is working to allow direct downloads, or “sideloading” of apps from the web, including potentially third-party app stores, onto iPhones.

Currently, the iPhone’s App Store is the only way to download software onto iPhones.

At first glance, this would seem to address the biggest antitrust complaint Apple has faced over the past decade. Apple makes a huge amount of profit from its App Store, which takes a cut of up to 30% from digital sales made through any app it distributes.

Many companies, including Coinbase, Epic Games, Match, Meta, Microsoft, Spotify and Twitter, have grumbled about Apple’s fees and the fact that Apple can delay updates or remove an app over violations of App Store policy. Match and Spotify stock jumped on the Tuesday report.

But developers need to wait to check the fine print in an official announcement before celebrating.

To start, the changes could only take effect in Europe, according to Bloomberg News.

That’s not a tiny market, but Europeans spend less on iPhone apps than Americans. Of the estimated $85 billion that the Apple App store has grossed so far this year, spending on iOS apps in the EU came in at about $6 billion, according to an estimate from Data.ai, a firm that tracks app downloads and spending. According to the same estimate, the U.S. store was responsible for about $29 billion.

In the very unlikely worst-case scenario for Apple, if alternative app stores in Europe resulted in a total loss of App Store sales in the region, it would only dent Apple’s services business by about 4%, its total revenue by about 1%, and its earnings per share by 2.5%, according to a Morgan Stanley estimate published Wednesday.

Apple reported $394 billion in total sales, with $78 billion coming from services, in its 2022 fiscal year, which ended in September.

The U.S. has proposed similar legislation, the Open App Markets Act, which is currently being debated in Congress.

How Apple could still make money from apps

Even if the EU law forces Apple to break the App Store’s hold on distribution, the company could still find a way to take fees from apps distributed in other ways.

In a trial with Epic Games last year over App Store policies, Apple representatives argued that App Store fees pay for intellectual property — the software tools developers use to make iPhone apps — and not just distribution. Apps distributed through the web would still presumably use Apple’s programming interfaces.

Apple has also argued that the App Store is important for customer security, because software that Apple hasn’t checked could steal personal data or payment information. So if Apple does open up the iPhone to third-party apps or app stores, there are likely to be security requirements for developers.

For instance, Apple could require developers who want to distribute apps outside of the App Store to apply for programs to get access to the specific programming interfaces that make it possible, or to certify that they comply with certain security requirements. It could also require those app makers to display a warning pop-up if their apps aren’t distributed through Apple.

Apple’s actions in South Korea provide an instructive example. Earlier this year, a legal ruling forced Apple to allow apps distributed through the App Store to bill their customers directly, instead of using Apple’s own payment system.

But Apple still found a way to collect fees there. Apple required apps that took advantage of the new policy to pay a commission of 26%, only a slight discount on the standard 30%.

Apple did this by requiring app makers to provide a report in spreadsheet format describing each in-app transaction during the month, then collecting a cut from those purchases. Apple reserved the right to audit developer books.

Apple was able to enforce its system because it still controlled the App Store for distribution, and developers had to agree to its terms of service to get any distribution at all. In this case, app makers had to apply to Apple for the “entitlement” to enable their own payment processing, and agree to the spreadsheet and invoicing system Apple came up with. (South Korea is investigating Apple to see if its system violated its new law.)

Apple also required apps who took advantage of this policy to display a message saying “This app does not support the App Store’s private and secure payment system.”

If Apple uses similar tactics in Europe, it could lead European consumers to believe that the App Store is the safest and best place to get iPhone software. Or developers could conclude it’s too much of a hassle to pursue alternatives.

“Apple’s customers have long prioritized the security, centralization, and convenience that the App Store brings,” wrote Morgan Stanley’s Erik Woodring wrote in a note on Wednesday.

The details of how Apple will ultimately implement these changes will depend on how its lawyers interpret the Digital Markets Act. Apple also typically exhausts every single legal remedy available when it comes to challenges to its App Store model, including appeals, according to the Morgan Stanley note.