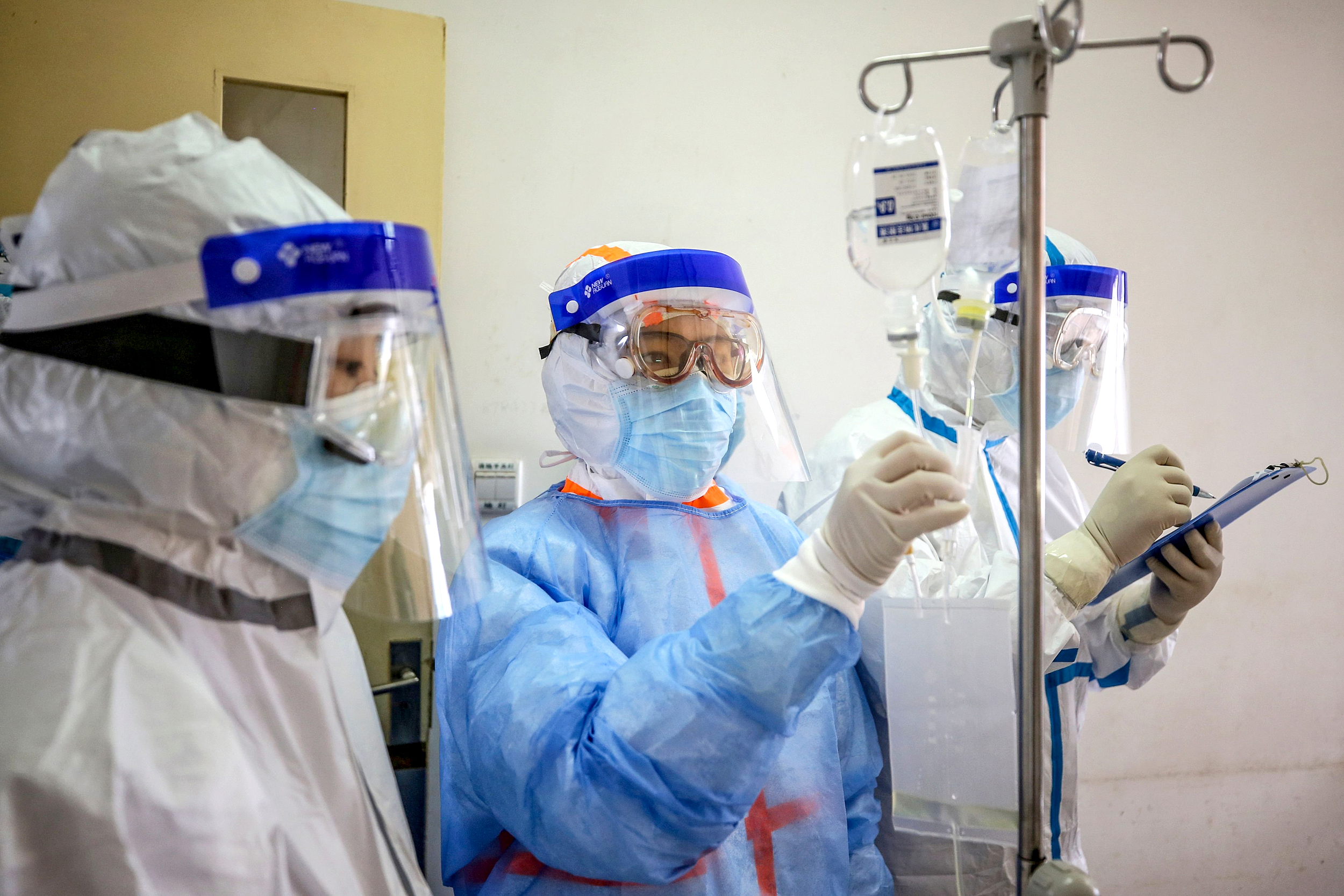 U.S. intelligence agencies began warning that Covid-19 could become a pandemic just weeks after the coronavirus was first reported in China, but they missed an opportunity to better understand its spread because they didn’t quickly begin spying on Chinese health officials who were hiding what they knew, says a newly declassified report by the House Intelligence Committee.

The report partly vindicates the CIA and other U.S. spy agencies, noting that they raised the specter of a pandemic well before the World Health Organization declared one on March 11, 2020. And it adds to the body of evidence showing that then-President Donald Trump misled the public about what he was hearing from advisers about the seriousness of the virus. The intelligence warnings summarized in the report debunk Trump’s contention that intelligence officials described the virus “in a very non-threatening, or matter of fact, manner.”

But the report, authored by staff members for the committee’s Democratic majority, also says U.S. intelligence agencies have largely failed to fix their shortcomings in public health intelligence and are therefore not adequately prepared for the next pandemic. That is in part, investigators found, because many intelligence officers don’t see biological threats as a top-tier national security issue, even after more than a million people died from Covid in the U.S.

“We would be moving heaven and earth if we lost a million people as a result of some terrorist incident,” Rep. Adam Schiff, D-Calif., the frequent Trump critic who chairs the Intelligence Committee, said in an interview.

Schiff said the intelligence community has failed to create “the culture … to recognize a biothreat as a hard threat that could kill massive numbers of our citizens the way we view terrorism and other threats,” adding, “And so that’s a cultural change that needs to take place.”

The report didn’t delve deeply into the effort by the intelligence community to examine the question of whether Covid began to infect humans through animal transmission or a lab leak in China.

Schiff said the intelligence community’s “failure to pivot” to collecting Covid-related intelligence from China made it less likely that evidence supporting a lab leak, if that is in fact what happened, will be uncovered.

“I wouldn’t characterize it as an intelligence failure, but they were very slow to pivot and use their unique assets to glean insights that were not in the public record,” Schiff said. “And that, to me, is the most fundamental missed opportunity.”

A separate report issued Wednesday evening by the Republicans on the House Intelligence Committee accused intelligence agencies of “misleading” omissions in their public assessment of Covid origins, adding that the Republicans have “reason to believe that the [intelligence community] downplayed the possibility that SARS-CoV2 was connected to China’s bioweapons program based in part on input from outside experts.”

The Office of the Director of National Intelligence declined to comment on either report.

The Democrats’ report, which is replete with blacked-out sections after a declassification review by ODNI, looks closely at exactly when and how the intelligence community first learned about the virus, what warnings were given to the Trump White House and what steps investigators believe agencies should take to be better prepared for future pandemics. The House investigators didn’t have access to presidential briefing documents, but they said they were able to piece together from documents and interviews what information most likely made it to Trump’s intelligence briefing.

Investigators said they were “unable to corroborate” reports by NBC News and ABC News that U.S. spies collected raw intelligence in November indicating a health crisis in Wuhan, China.

The report says the first intelligence report mentioning the virus that would become known as coronavirus or Covid-19 came on the day of the first media report about it.

On Dec. 31, 2019, an analyst at the National Center for Medical Intelligence, a component of the Defense Intelligence Agency, noticed a report on a public health listserv run by the Program for Monitoring Emerging Diseases, known as ProMED, about an unexplained pneumonia that Chinese officials were seeing in Wuhan.

The analyst, identified as Mark, flagged the notice in a report titled “Note: Possible Pandemic Warning Update” and put it in a database that is used by U.S. military commanders around the world.

“Mark had … flagged the disease as an event that warranted close scrutiny,” the House report said.

The same day, The Associated Press published a story about the ProMED notice, which came to the attention of White House officials, the House report says. Over the next few days and weeks, National Security Council officials asked the intelligence agencies to figure out what the Chinese government was hiding and whether there was, in fact, human-to-human transmission of the virus, the report says. But as an official told investigators, intelligence agencies “weren’t giving us anything.”

U.S. spy agencies have an array of satellites that can photograph unusual activity around hospitals and vast capabilities to intercept phone calls and emails among Chinese government officials. They can also use supercomputers to glean insights from vast troves of social media and other “open source” intelligence. But none of those capabilities were brought to bear in a way that produced fruitful insights to help U.S. officials to understand what was happening with Covid in China, the House report concludes.

The report quotes an intelligence agency briefer telling a White House official that “we’re just not structured” to provide information about the emerging pandemic.

Nonetheless, on Jan. 24, 2020, the National Center for Medical Intelligence issued an intelligence report saying that “since mid-December, a novel coronavirus has emerged in China, which has a roughly even chance of becoming a global pandemic during the next four months.”

The notion that Trump failed to convey to the public what he knew about the dangers of the coronavirus isn’t new. Trump acknowledged downplaying the threat in taped interviews with Bob Woodward for his book “Rage.”

“I wanted to always play it down. I still like playing it down because I don’t want to create a panic,” Trump said in a March 19, 2020, call with Woodward.

The House report says that by the end of January, “despite the difficulties in getting clandestine collection, intelligence community analysts had sounded the alarm,” adding, “Items on the coronavirus had probably appeared several times in the (President’s Daily Brief), and had been briefed multiple times to the chairman of the joint chiefs of staff.”

Trump, at a Michigan campaign rally on Jan. 30, painted a much different picture.

“We think we have it very well under control. We have very little problem in this country at this moment — five — and those people are all recuperating successfully. But we’re working very closely with China and other countries, and we think it’s going to have a very good ending for us — that I can assure you.”

Schiff said: “That policy failure wasn’t just a failure to warn, but all the politicization of mask-wearing, the attacks on science and scientists like [Dr. Anthony] Fauci, which go on to this day. All of that, I think, cost lives and undermines our ability to deal with the next one.”

The report says, “The divergence between the Intelligence Community’s late January conclusions and the former president’s rhetoric is striking.”

A Trump spokesman didn’t respond to a request for comment.

Committee investigators said National Intelligence Director Avril Haines has made limited progress in reorienting agencies so they are better positioned to collect intelligence about the next emerging pandemic. But they say much more needs to be done.