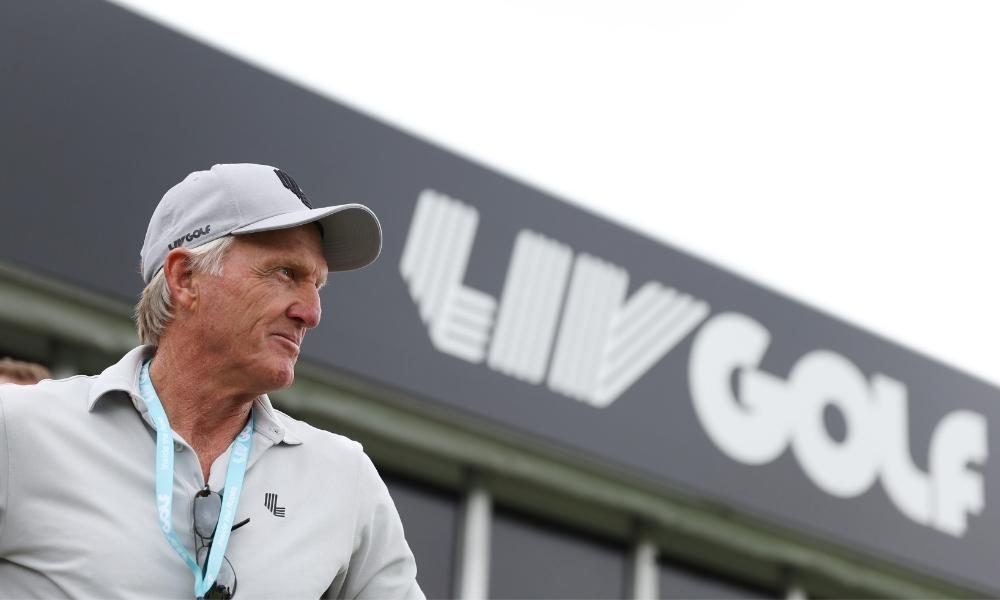 Before condemning the ‘rebels’ who have taken the money on offer from LIV Golf and stepped away from the game’s establishment set-up, you need to be honest in answering this question.

Our collective chase for instant wealth means the answer to that question is almost certainly in the affirmative, but that is before we consider the moral dilemma.

If LIV Golf was backed by Prince Rainier of Monaco, it would be hard to begrudge the players who have jumped ship from the PGA Tour putting all their chips on golf’s new cash generator.

LIV players such as Graeme McDowell, Ian Poulter and Sergio Garcia (right) should just admit the cash is hard to turn down and if they said that in a press conference, the watching world may have more respect for their stance.

Yet claiming LIV Golf is anything more than an expensive experiment at this stage is hard to sell and we should all reserve judgment on what comes next.

To appreciate where this story should be positioned, we need to look at the example of cricket’s Indian Premier League (IPL), which got underway in 2008.

Here was a new, shortened format of the game that guaranteed players previously unimaginable cash windfalls for a few weeks’ work and in an instant, the sport’s leaders were hostile.

England’s star men such as Kevin Pietersen were blocked from playing in the IPL as the competition clashed with Test matches and it came close to breaking the sport in two, as players threatened to end their international careers to chase the Indian cash.

Roll the clock forward 14 years and the IPL is very much part of the cricket calendar, co-existing with the traditional forms of the game.

This is where LIV Golf will get to sooner rather than later, but the journey to that point will be painful.

Such are the wounds inflicted by the star names such as Phil Mickelson and Dustin Johnson walking away from the PGA Tour and taking LIV Golf money that is will be hard to rebuild bridges.

Yet the question that needs to be asked is this; why should freelance golfers be tied down to a single employer and banned from competing in what could be seen as exhibition events?

Nobody complains an eyelid when Mickelson and Tiger Woods play for mega-cash in a made-for-TV skins event, but there is a jealousy around the crazy sums being offered to players to leave now.

Mickelson’s $200million signing-on fee to join LIV Golf is almost impossible to turn down and with so many star names now preparing to play at the tour’s next event in Bedminster, New Jersey on Friday, the crisis in golf needs to be healed.

LIV Golf is here to stay and the quicker the PGA Tour and a European Tour that stages events in Saudi Arabia and UAE regularly come to terms with that, the better for all.

With no major championships left on the calendar for 2022 after the conclusion of The Open last weekend, golfers should be allowed to compete in whatever tournament they want over the next few months.

And if you are determined to avoid the tournaments because of their Saudi links, you will also need to stop watching England’s Premier League next season as Newcastle United has also become a brand of the Arab nation’s sporting machine.