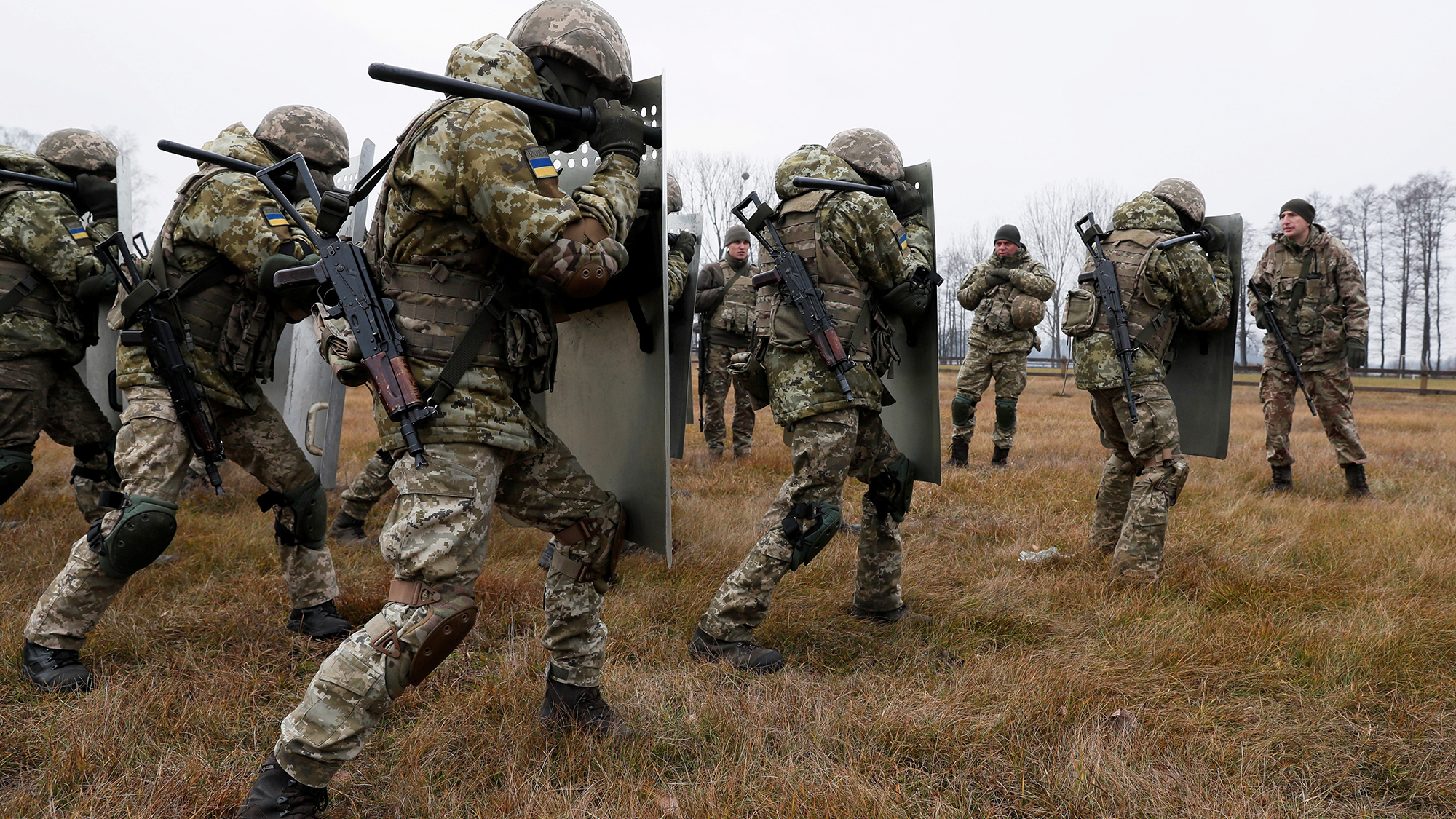 Peer-state Politics versus Wokeism making a comeback with a vengance

190,000 troops nose to nose on the border to the Ukraine. Last ditch efforts to salvage peace in Europe. If it fails than what? The question was put to Anthony Blinken in Meet the Press. His response not to be overlooked, the dreaded W-word. Wokism is replaced by War.

European Union officals consider putting national defense forces on higher defense posture and NATO has agreed to active a Southern flank Battle Group adding to the existing forces. Although the Russian Federation is seen of having no interest in European all out war the line is thin.

Any incursion into the Ukraine could trigger a near 1914 knock on effect. Although the Ukraine is not a member of NATO, a Russian invasion will trigger a Finnish and Swedish membership of the North Atlantic alliance, and pave the way for the Ukraine to join NATO. An escalation is then likely.

The Russian adventure of state brinkmanship is rock solid firmed in the deep rooted distrust of the Russians to anything that comes out of Washington and Brussels and the NATO headquarters. And who can blame the Russians.

Without being an apologists for Moscow’s adventures but every U.S. led interventionists ambitions around the globe since 1991 has ended in war. The global goodwill for 9/11 was over two decades squandered away with invasions in Iraq, Syria, and Afghanistan. The result, the Taliban back in power, Syria in shambles and Iraq a mess.

Iran having its nukes back and North Korea is back to launching nuclear capable missiles like toys. And the Europeans are not much better. The Balkans are reconnected to mother Russia, Turkey is actively considering to get away from the European Union since the boys and girls in Brussels are more wokistas. The Turkish president has not given the time of the day to unpopular EU head Van der Leyen.

Without doubt the Europeans and the U.S. are swagging the finger of threatening the Russian Federation with sanctions and global isolation. However, the Russians are not buying the message. Sanctions? so what, told a source in Moscow, we will work around it.

Attempts of public signalling the Russians withdrawing from the Ukraine almost instantenoulsy were dismissed by NATO officials. Fake news surfaced on claiming Ukrainian special forces were killed and rebuked by heroic defenders of the occupied Eastern Ukraine.

It is a war of deception, misdirection and wrong assessments. U.S. intelligence keeps on pumping messages out into the public space that Russian forces have received their attack orders. If true, war has returned to Europe.

Annually the NATO conferences sounded more like a woke political meeting rather than strenghtening the military readiness and the unwillingness of NATO to respond to the Russian (and China!) threats to the western hegonomic powers has been a crude wake up for Western political leaders.

Are the Russians to blame? I argue No, says a western academic who like to remain anynomous. The European political, often leftist leaning liberals had since 1991 consequently dismantled to western military capability. This includes by the way the U.S., he says.

We are now seeing the fruits of idiotic, liberalized political ideologies that discount the great power competition that made a comeback. Sadly, it could be at the expense of many young men and woman, he added. It will the tradegy of our generation.

What should be expected?

A mobilization, partially or total mobilization of European forces should be the signal for Moscow to measure the resolve of Europe. Reality in the initial phases of the war in the Ukraine, like in Yugoslavia in the 1990’s only gross human rights violations or a genocide will mobilize the western Europeans to take actions. And like in Bosnia it took a long time until the EU mobilized an army.

Russian planners pursue a few options. First, the diplomatic objective. Moscow’s strategy objective is unchanged. If NATO, US and European political leaders have not gotten the memo, the Russian Red Army has made the point very clear.

Second, a partial annexion of the eastern Ukraine to consolidate and cripple the Ukrainian capability to wage offensive operations.

Third, total occupation but Moscow has accounted for the guerrilla war that will follow. Iraq and Syria were lessons for the United States and asymetrical war is the ideal options. We should expect terror attacks in battle spaces such as Slovakia, Turkey, Bulgaria, Rumania but even West European and the Baltic states and Poland should see ‘terror’ groups to appear.

The Russian special services are well atuned with operating behind enemy lines and in deep penetration operations to disrupt supplies to the Ukraine.

At this moment of time Moscow is poised for operational execution if diplomacy is failing. Regardless of the options applied the Russian Federation and Ukraine is set on the warpath. And so is Europe.