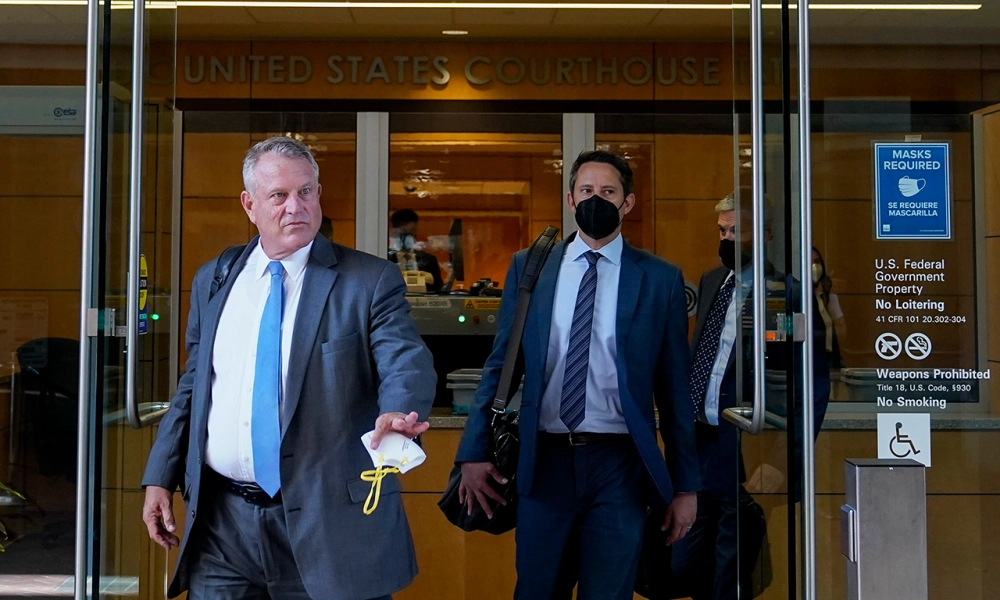 While the most important thing to come out of the federal court hearing in San Jose, California, was that Judge Beth Labson Freeman wouldn’t grant a temporary restraining order to allow three LIV Golf players to compete in the PGA Tour’s FedEx Cup Playoffs, there were several other nuggets discussed Tuesday that are worth another look.

LIV golfers Talor Gooch, Matt Jones and Hudson Swafford had requested the temporary restraining order that was denied. They would have earned enough points in the season-long FedEx Cup qualifying to have made the playoffs, but they won’t be allowed to tee it up Thursday in the FedEx St. Jude Championship after Judge Freeman ruled that their Tour suspensions would stand, at least for now.

From the amounts the players were paid by LIV Golf, which were apparently eye-popping for the judge but were redacted and not verbalized in detail, to the fact that some other players might have misled the media and fans in past interviews about how their contracts and winnings mesh, there is plenty to dissect. Let’s take a look.

Judge Freeman said in her ruling that there was no irreparable harm to Gooch, Jones and Swafford even if they are not allowed to compete in the playoffs.

From the opening of the hearing, the judge pointed out that irreparable harm would need to be proved by the plaintiff golfers for her to allow them to compete and thereby change the status quo, which is that they are suspended by the PGA Tour. Without irreparable harm, they had no justification for a temporary restraining order to compete in the Tour events.

Judge Freeman also repeated several times that money alone would not be grounds for finding irreparable harm, because money can be paid later if the ensuing lawsuit by LIV golfers against the PGA Tour goes in those golfers’ favor.

The plaintiffs’ lead attorney who presented their case Tuesday, Robert Walters, argued that the FedEx Cup Playoffs are an elite series of events. The players would be harmed from future earnings – and possibly the opportunity to qualify for major championships – if they were not allowed to compete in the playoffs. The judge didn’t buy into that argument enough to rule in their favor.

Judge Freeman also pointed out the players had received large compensation packages upfront from LIV Golf, and that the risk of missing PGA Tour events had been calculated when formulating the price that LIV must pay to attract such players. In essence, the players already had accepted compensation from LIV in lieu of playing in the Tour playoffs. The judge went so far as to call this an emergency of the players’ own making.

A group of LIV players – including the three who requested the temporary restraining order as well as Phil Mickelson, Bryson DeChambeau and others – has joined to sue the PGA Tour to regain playing status and end suspensions. That trial won’t begin anytime soon.

After ruling against the temporary restraining order, Judge Freeman – who also is assigned that case – told the litigators the earliest a trial on that lawsuit might begin will be August of 2023. That would actually be a compressed timeline for such a trial, with various evidentiary dates and other hearings coming before that.

If the litigators are unable to prepare their cases on that compressed timeline, the case will be heard at the earliest in 2025 because the judge has other cases already on her docket. Basically, that suit is likely to drag out for years.

Is the LIV roster of players complete and finished?

Walters, the lawyer representing the three plaintiff golfers, was asked by Judge Freeman why the players didn’t wait until the end of their annual PGA Tour contracts to sign with LIV Golf. He responded that LIV Golf’s roster might be full and complete by that time, which comes at the end of the FedEx Cup Playoffs. If the trio of players had waited, they might have lost the opportunity to compete for LIV.

That statement – that LIV is full – comes at odds with speculation that several more top players will defect from the PGA Tour to LIV after the playoffs. Players rumored to plan to jump ship include Cameron Smith, winner of the recent British Open, and his Aussie compatriot Marc Leishman. If those two players are able to join LIV after the playoffs and the completion of their annual PGA Tour contracts, why wouldn’t the same hold for Gooch, Jones and Swafford?

The only explanation would be that LIV plans to drop its lesser players as higher-ranked golfers might come onboard, as soon as this fall. LIV has laid out plans for how players might be dropped based on performance, but there is no clear indication of how it plans to continue to stack its lineup and who might lose out.

About those LIV Golf contracts

At various times in Tuesday’s hearing, Judge Freeman commented on the high dollar figures associated with LIV contracts signed by players and their restrictive nature.

The judge also at one point said the LIV contracts were more restrictive than PGA Tour contracts, effectively solidifying a point of speculation among some pundits in recent months. LIV golfers are required to play all LIV events, while the Tour allows players to pick and choose among a greater field of events. LIV plans to hold 14 events in 2023, while most Tour golfers are required to play at least 15 events per season. There is also speculation that LIV golfers will be requested to play in some Asian Tour events, as that tour is affiliated with LIV. Major championships count among the 15 events most Tour players are required to play, while the majors would not count among the 14 events LIV golfers would be required to play. The judge effectively said that LIV’s requirement to play all its events is more restrictive than the Tour’s requirements.

Another point about the LIV contracts: There has been speculation that tournament earnings count against a LIV player’s guaranteed bonus money. LIV has denied this, and several players also denied it when asked by the media, essentially saying all event prize payouts are in addition to the signing bonuses. But at one point in Tuesday’s hearing, Walters told Judge Freeman that players must win money on LIV to recoup against their contracts, and she seemed to agree after having seen the contracts. It’s possible, of course, that he was misinformed about how the contracts work, but his statement comes after reading the contracts in detail and presenting them to the judge. LIV later issued a statement denying what Walters told the judge, but somebody clearly doesn’t have that story straight.

Is the PGA Tour a monopoly?

Much of the scuttlebutt in recent months has involved the question of the Tour being a monopoly, effectively trying to shut out LIV Golf illegally and deny players the opportunity to play wherever they like. That is the basic point of the group of former Tour/current LIV players suing the Tour.

Judge Freeman made it clear that Tuesday’s hearing was not an attempt to rule on such larger issues as the Tour being or not being a monopoly. But the subject did come up several times. And the judge seems initially skeptical, as least by her comments.

Judge Freeman mentioned early that there is significant evidence that LIV has not been prevented from entering the golf market, proved by the fact that LIV is holding tournaments and has attracted several top players. She mentioned several times that LIV projects itself to have a 20-percent market share by 2023 with greater compensation than is available on the PGA Tour – hardly the making of a Tour monopoly that has shut out fresh competition. She also pointed out that the Tour’s actions in its own interests do not necessarily make it a monopoly, and that there is no evidence at this early point that the Tour has conspired with the DP World Tour (formerly the European Tour) to shut down LIV Golf unfairly.

When Walters said his team had presented evidence that the PGA Tour had created a monopoly that had restricted trade and limited playing and earnings opportunities for players, Judge Freeman told him point blank that she didn’t believe he had made his case.

Elliot Peters, the lead attorney addressing the court on behalf of the PGA Tour, then argued that “Exhibit A” of why the PGA Tour is not a monopoly is that LIV exists and relatively quickly has poached top PGA Tour players. He said a key ingredient to forming a monopoly is the ability to set prices, and clearly the Tour has not set prices for players’ participation when LIV has been able to offer large guaranteed contracts that outpace a player’s Tour earnings.

None of this early monopoly talk is in any way a definitive predictor for how things might go when the larger lawsuit is tried in 2023 or 2025, but Tuesday definitely provided some insight into how those arguments might begin.