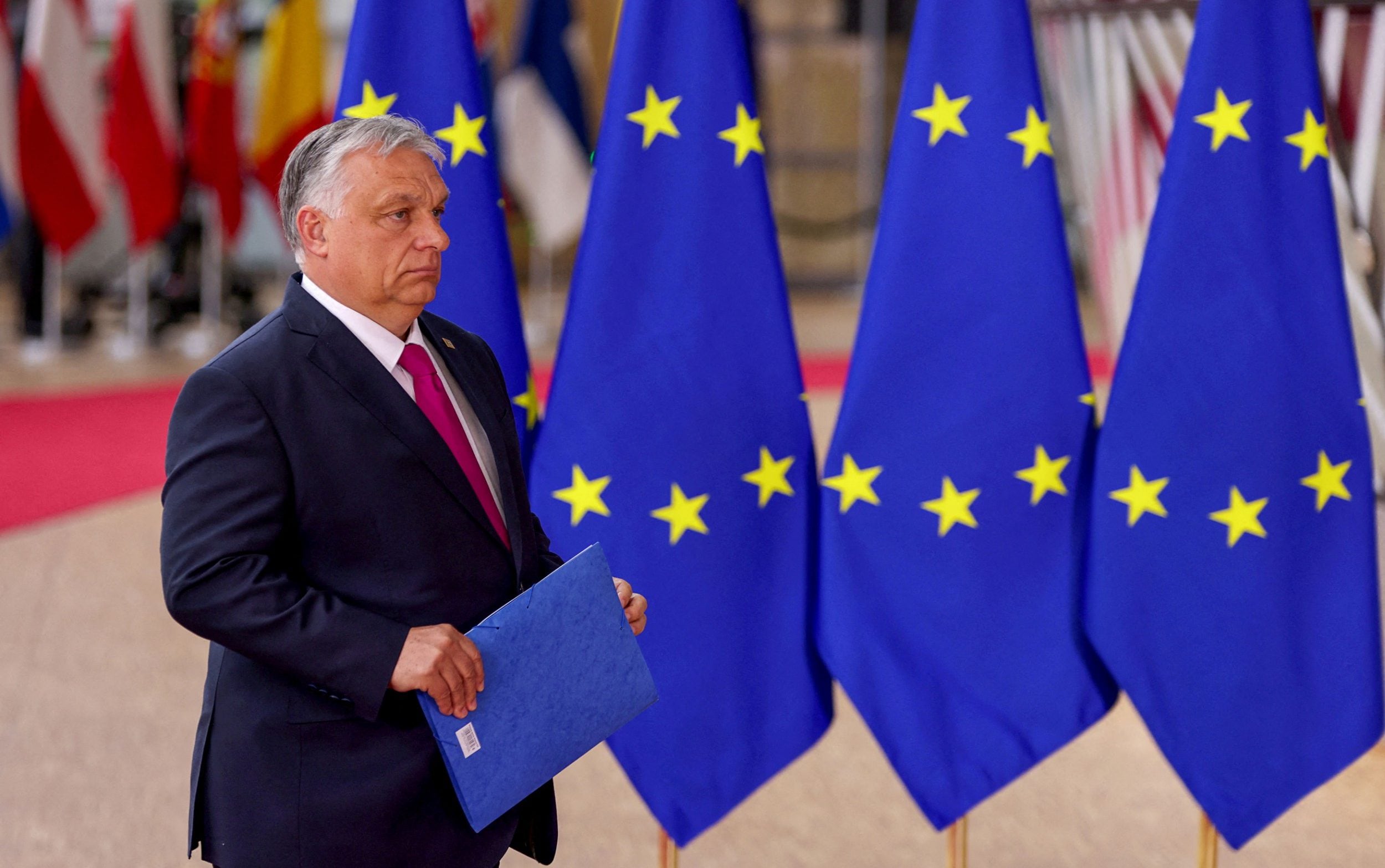 BERLIN – It seems obvious that sanctions – an increasingly important tool of Western foreign policy – should inflict significant pain on the target without exacting unsustainably high costs from the country imposing them. But the European Union’s sanctions on Russia – intended to punish the country for its brutal war of aggression against Ukraine – do not meet this condition.

At the center of the EU’s plan to punish Russia is an effort to eliminate its dependence on the cheap Russian energy that long powered its growth, including by increasing its reliance on liquefied natural gas imported from the United States and elsewhere. But LNG has long been an overpriced (and carbon-intensive) alternative to piped gas: before Russia invaded Ukraine, it was 4-5 times more expensive than natural gas. Now, it is even more exorbitantly priced: since the war began, the cost of LNG has more than doubled.

But with the Kremlin slashing gas flows to Europe, in order to ensure that it – not the EU – dictates the timetable for phasing out Russian supplies, European countries have had little choice but to rely increasingly on LNG imports. This is creating serious challenges for Europe’s manufacturing base, to the point that some European firms are now considering shifting production to the US, which offers not only cheaper fuel, but also massive subsidies and tax credits under its new Inflation Reduction Act (IRA).

Already, Europe’s decision to turn its back on Russian gas has increased the likelihood of a deep recession. Skyrocketing gas prices – which are a staggering 14 times higher than two years ago – have fueled inflation and destabilized eurozone financial markets. So, just when Europe’s economies are on the brink of contraction, the cost of living is spiking – and the threat of rolling power outages looms.

European policymakers’ adoption of desperate measures like price caps and regulated tariffs could well exacerbate the situation. To conserve gas, some European governments have even turned to coal. Moreover, European leaders like French President Emmanuel Macron have pleaded with US President Joe Biden to ease pressure on their economies by adjusting some controversial IRA provisions. Months after an agreement to strengthen and expand NATO, transatlantic relations are beginning to fray.

The one thing the EU appears unwilling to consider is changing course on sanctions. This month alone, it has imposed an embargo on imports of Russian crude and joined its G7 partners in introducing a $60-per-barrel price cap.

Europe’s sanctions recall America’s 1930 Smoot-Hawley Tariff Act, which substantially raised import duties on more than 20,000 goods. Far from protecting US industry, the tariffs prompted other countries to retaliate, deepening the Great Depression and contributing to the rise of political extremism, especially in Europe.

One might be able to argue that the sanctions’ large costs were worth shouldering if they were significantly hampering Russia’s war effort. But while Russia has certainly suffered, and Ukraine has achieved some high-profile military victories, nearly one-fifth of Ukrainian territory remains under Russian occupation. If the EU is enduring so much pain, while Russia’s aggression proceeds apace, sanctions become tantamount to self-flagellation. This is why moral outrage, however justified, should never drive policy.

To be sure, the EU’s international image has long rested on its reputation as a force for democracy, human rights, and a rules-based order, which strengthens the case for a bold, if costly, response to Russian aggression. But, had cooler heads prevailed, it would have been obvious that a rapid transition away from Russian energy supplies would undermine the EU’s global standing by denting its sustainability credentials – the turn to coal is a case in point – and causing a global energy crisis, which is hurting poorer countries.

Given that the EU accounts for 11% of global energy consumption, its quest to secure replacement supplies was bound to disrupt the entire global economy. After all, the alternative supplies the EU secured were not idle. International oil and LNG supplies were already tight, and there was inadequate production capacity to compensate for the loss of Russian supplies.

As a result, when the EU rejected Russian energy, the world suddenly faced energy scarcity, with countries in Asia, Latin America, and elsewhere losing access to some supplies on which they had previously depended. In fact, soaring European gas prices have encouraged some shippers to divert LNG cargoes from Asia to Europe.

For far too long, the EU believed that economic and trade relations could be managed without regard for foreign-policy and security considerations. The Ukraine war made this approach untenable. But this should have prompted a more considered debate about what should come next, rather than an abrupt transition away from Russian energy supplies. This was a huge decision directly bearing on Europe’s socioeconomic security; by making it rashly, the EU committed a major strategic blunder.

Russia’s actions in Ukraine are clearly both unjustified and unconscionable. But it makes little sense for Europe to respond by damaging its own competitiveness and global standing. It will take years for Europe to recover from the unprecedented energy crisis that it has helped to create.