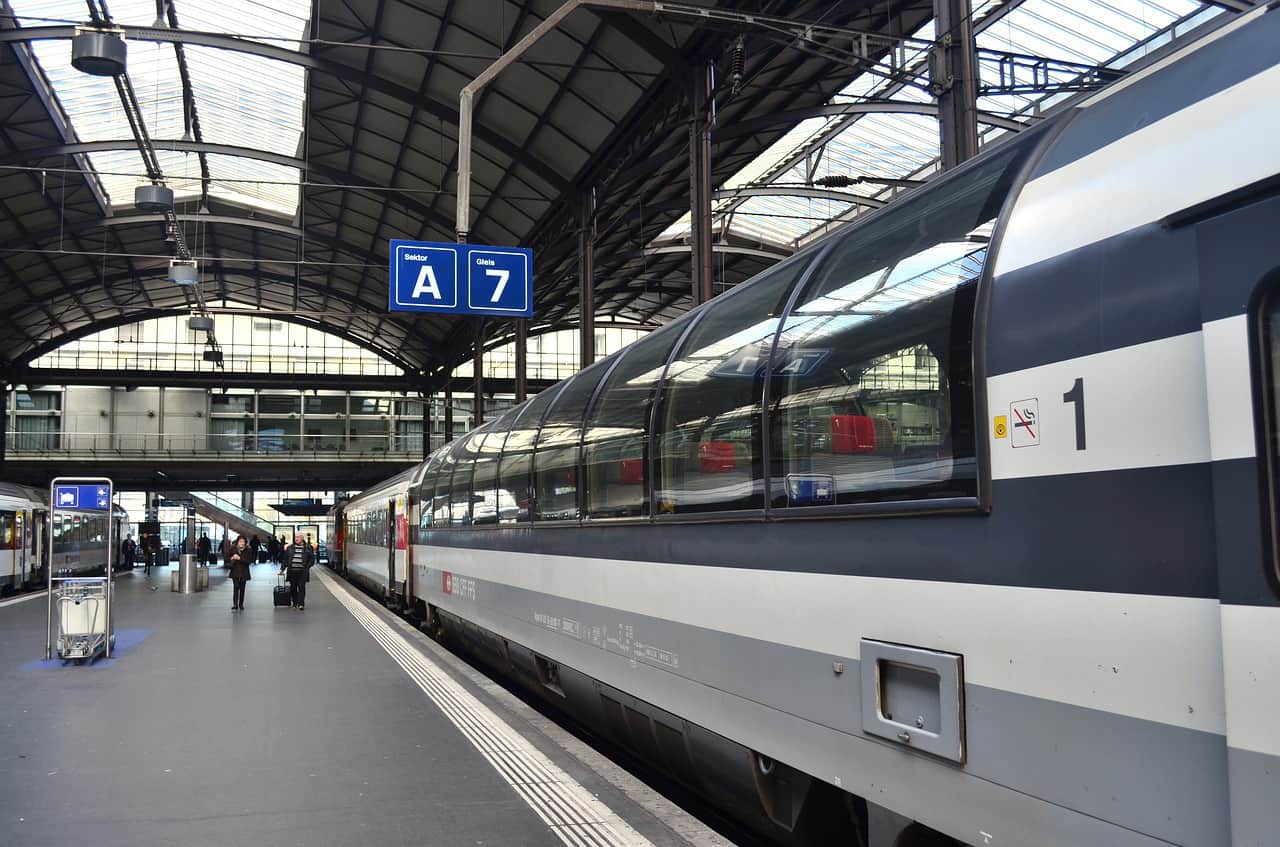 40km outside of Warsaw, construction is about to begin on one of the most ambitious infrastructure projects in Poland’s history.

Covering 3,000 hectares of land — about half the size of Manhattan — a new central airport will welcome an estimated 40 million passengers in its first year, while a new rail hub will rapidly connect them to cities such as Warsaw and Łódź. New high-speed railway lines are also being added into the mix, opening up the region to the rest of Europe.

Once complete in 2027, it will become the central hub for Central and Eastern Europe. By 2060, it’s estimated that more than 65 million passengers per year will pass through what is today a remote agricultural region. As part of the project, a new ‘airport city’ featuring hotels, offices, research and development facilities and conference centers will be built.

It’s a huge project, with the airport alone costing an estimated €8B to construct. A further €30B will be invested to create a vast railway network that will support movement across the continent, boosting Poland’s economic growth and creating a more secure future for Europe.

Speaking to the Polish Press Agency earlier this year, U.S. Army General Ben Hodges, who is the commander of U.S. ground forces in Europe, described the new CPK transport hub as “what NATO needs in terms of military mobility.” He added: “The project will add a capability and capacity that no other node in Poland, or elsewhere in Eastern Europe, can match.”

A new transport hub for Europe

High-speed railways are at the heart of the EU’s mobility strategy and CPK will be a critical project in fulfilling this vision. Radiating from the new CPK airport, a network of road and rail infrastructure will also be built, connecting CPK to a system of more than 2,000km of mostly high-speed railway lines and 400km of new roads that will feed into the existing motorway networks.

Last year, the European Commission (EC) published the latest draft of the Trans-European Transport Network (TEN-T) Regulation, putting CPK on the map as an essential interchange terminal. The TEN-T program aims to connect rail, road and water routes across Europe, boosting growth across the continent and contributing to key sustainability goals by providing more efficient modes of transport.

Some of the new railway lines being constructed in the CPK project will become part of TEN-T’s core network. The CPK airport itself will serve as a key interchange node. New railway lines, which are to be built within the CPK project, will provide high-speed connections from such cities as Warsaw, Łódź, Poznań or Wrocław to the new airport, and among others another cross-border connection via Katowice with the Czech city of Ostrava. The new CPK railway lines will form the backbone of Poland’s new transport network.

These developments will directly contribute to the EC’s goal of making the EU a connected and accessible region for all member states, and removing barriers that exist between different transport networks.

CPK has also proposed extending a planned railway line from Lublin to cross the Ukrainian border and connect Lviv as part of the TEN-T extended network. The development of a Poland-Ukraine high-speed rail connection has been discussed for many years, and such an extension could not only connect Ukraine with the EU, but also provide connections to countries between the Black, Baltic and Adriatic seas. For example, this line could continue longitudinally through Ukraine and towards the port of Constanța in Romania, the largest port on the Black Sea. It’s a connection the EC proposed exploring this summer. In the future, a rail link between Kyiv and Lviv could connect Ukraine’s capital city to this high-speed rail corridor.

These new rail lines and proposals being developed by CPK would complement projects seen elsewhere in Europe, such as the Rail Baltica high-speed rail project being implemented by Estonia, Latvia and Lithuania, and the Visegrad 4 High Speed Rail project that aims to link Warsaw, Prague, Bratislava and Budapest, with a possible link to Bucharest also being considered.

The benefits of increasing rail access to the so-called Three Seas region by rail could be wide-ranging. For instance, Ukrainian ports are currently under severe threat from Russia, which announced in November that it would no longer participate in an agreement that kept Ukraine’s Black Sea ports open for agricultural exports. These actions threaten to squeeze an established grain corridor that is essential for Europe’s food security. Providing Ukraine with alternative ways to transport goods for export in the event of a Black Sea blockade hence becomes a security matter.

“CPK has a great deal of expertize and competence in the development of high-speed railway lines, and is ready to play an important role in the reconstruction of Ukraine’s transport infrastructure after the war,” says Mikołaj Wild, president of CPK. “We offer our Ukrainian partners expert support, [such as] traffic forecasting, feasibility studies, cost-benefit analysis and financial models, in the construction of cross-border rail links and the reconstruction and modernization of the railway network in a way that ensures interoperability with the EU.”

CPK is primarily aimed at enabling civil aviation and travel across the region. However, the investment has also been recognized as an important asset when it comes to European security. At present, “we do not have enough transport capacity or infrastructure that enables the rapid movement of NATO forces across Europe,” Hodges said in an interview with Reuters in November. CPK is an answer to this problem, with Minister Marcin Horala, the Government Plenipotentiary for CPK, saying that it “could be a place where large tactical connections, large amounts of ammunition, supplies and logistics can be taken to Poland very quickly.”

As a result of its central location and quick connections to other cities and countries, CPK is not only a hub for travelers. It can also be used to ferry humanitarian supplies, military equipment and other goods around the continent. The advantage is the number of modes of transport CPK can accommodate — meaning it will be possible to transfer goods from cargo planes and trucks to other forms of transport to reach their destination.

A project in motion

In November, CPK and Foster+Partners, the lead architecture firm working on the project, unveiled designs that aim to balance the operational needs of the space with environmental responsibility. The interchange plaza, for example, will be a space filled with trees and plants, while glass walls will allow natural light to flow in. The shape of the building will also be designed to usher passengers towards different modes of transport, and a light railway will be used to connect the airport terminals.

CPK has now started the design work on the first of its high-speed rail lines, which will be the first of its kind in Poland. On 28 November, contracts were awarded to Polish consortium Biuro Projektów Metroprojekt and Sud Architekt Polska, which will be designing the first 40km stretch of high-speed rail line between CKP and Warsaw. The next section will extend the line 100km to Łodz, while work will also take place to build the signaling and control systems needed to get the high-speed rail line fully operational. Track laying will begin in 2024, and once complete, travelers will be able to reach CPK in just 15 minutes from Warsaw and 30 minutes from Łódź. Once high-speed lines to Wrocław and Poznań are added, it will be possible to get to CPK from either city within two hours.