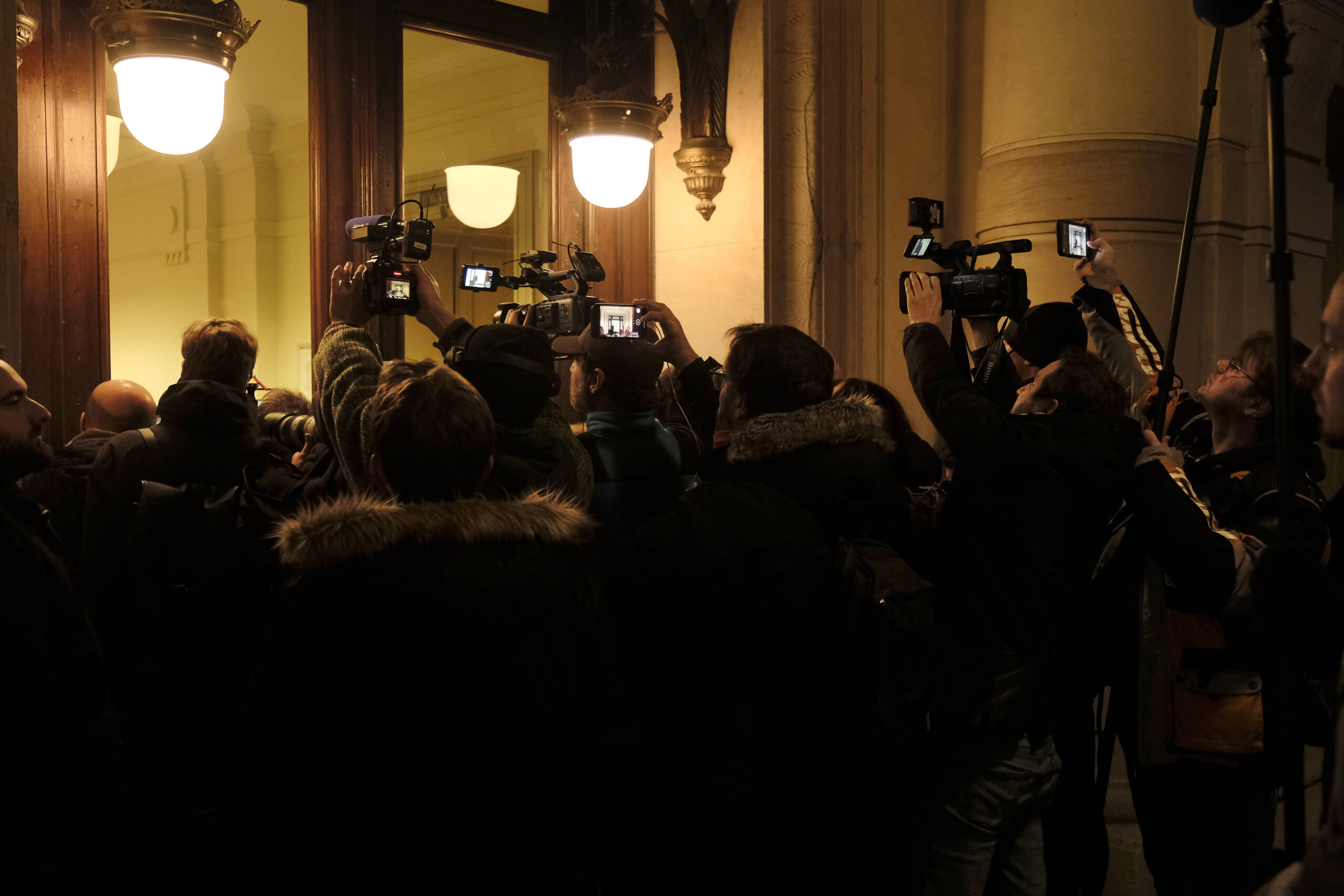 Belgium’s intelligence service worked closely with other European countries for more than a year to uncover the graft scandal now rocking the European Parliament, the justice ministry said on Wednesday (14 December).

Prosecutors suspect Greek MEP Eva Kaili and three others accepted bribes from World Cup host Qatar in a bid to influence European Union policymaking in one of the biggest scandals to hit the 27-nation bloc.

Qatar and Kaili have denied any wrongdoing.

“We’ve been too naïve … for far too long,” a justice ministry spokesperson said, referring to what he called clandestine operations by foreign powers in Belgium.

“We now arm ourselves better against this.”

The spokesperson called the investigation “a major case on which State Security has been working for more than a year, in collaboration with foreign intelligence services, to list suspicions of corruption of MEPs by different countries”.

The Belgian police posted a picture of the 1.5 million euros in cash it had recovered in raids from Friday to Monday, including a suitcase overflowing with 50- and 100-euro banknotes and two briefcases neatly stacked with 50 euro notes.

Investigators in Italy are combing through seven bank accounts related to the suspects, a source close to the probe said, adding that they found 20,000 euros in cash at a house belonging to one suspect. They also searched an office in Milan, the source said.

Meanwhile Kaili, who is in detention following her arrest last week, will only know on 22 December if she will stay behind bars during the investigation, a source close to the investigation said.

Her lawyer Michalis Dimitrakopoulos, who says she insists she had nothing to do with the stacks of cash found by police, said Kaili had asked for more time to prepare her detention hearing, initially planned for Wednesday.

“We have been in coordination with her lawyer in Brussels and agreed to request a postponement for a few days to prepare,” Dimitrakopoulos said.

The other three suspects arrested and charged last week were meanwhile questioned, as planned, on Wednesday by a three-judge panel.

Kaili’s partner Francesco Giorgi, who is a parliamentary assistant will stay in detention, as will Pier Antonio Panzeri, an ex-MEP and founder of a non-profit campaign group, the prosecutor’s office said, using their initials.

Niccolo Figa-Talamanca, the secretary-general of a rule of law campaign group, will leave jail but wear an electronic ankle tag.

They can appeal against the decisions.

Reuters could not reach Giorgi, Figa-Talamanca and Panzeri or their lawyers for comment. Non-profit organisations they work with did not respond to emailed requests seeking comment.

The European Parliament on Tuesday voted to strip Kaili, a 44-year old Greek Socialist MEP, of her vice presidency role. Lawmakers have called her to quit the assembly altogether.

“For us, this case is even more sensitive and important as it touches the heart of European democracy,” a spokesperson for Belgium’s federal public prosecutor’s office, Eric Van Duyse, told Reuters on Tuesday.

Although no state was publicly named by prosecutors, a source with knowledge of the case said it was Qatar.

“It is very damaging, I think, for all the politicians that have been fighting so hard to show that we are making our decisions based on the values that we share,” Estonian Prime Minister Kaja Kallas said at a summit in Brussels.

US, Europe in trade spat amid subsidy race and ‘need to maintain fair competition’
Leaders depart for US-Africa summit in Washington