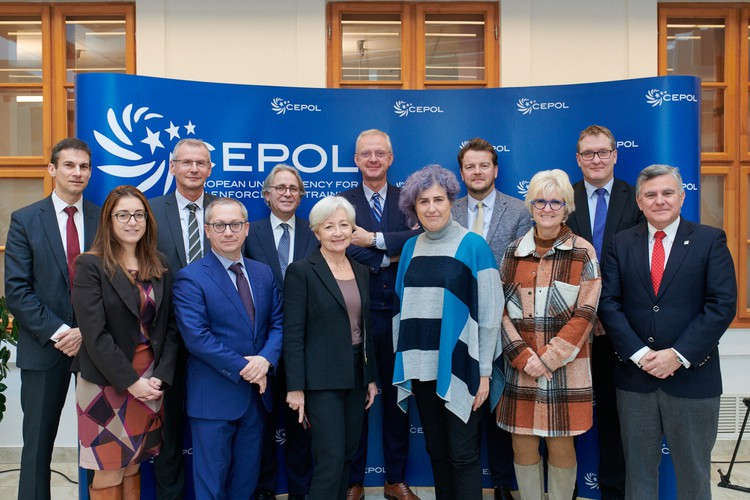 The nine EU Agencies active in the field of freedom, security and justice convened today in Budapest for a high-level meeting, chaired by CEPOL, to take stock of the main achievements in 2022, which includes the ongoing engagement with Ukraine and Moldova.

The European Union’s Justice and Home Affairs (JHA) agencies have taken significant steps in supporting Member States and Institutions in responding to Russia’s military aggression over Ukraine. As discussed in the meeting, further efforts are underway to monitor the situation and help ensure the collective response meets the changing needs.

The event gathered representatives from the European Commission, the European Parliament, the General Secretariat of the Council, the European External Action Service, as well as the Czech EU Presidency.

Ms. Monique Pariat, European Commission’s Director General for Migration and Home Affairs stated: “Thanks to the Justice and Home Affairs Agencies, our presence as European Union where it is needed on the ground, is stronger, more timely and efficient. Together, we respond to the ongoing challenges and we stand ready to tackle any future ones.”

Since the start of the war, Frontex has provided regular updates to the Member States and the EU institutions on the situation at border crossing points and monitors refugee flows. The agency has stepped up its operational support in the existing operations in EU countries and launched a joint operation in Moldova 2022 in March. To tackle cross-border crime, Frontex deployed standing corps officers specialising in detecting it to Romania and Moldova, as well as organised awareness sessions on indicators of trafficking in human beings, adapted to the specific context of the war against Ukraine. Frontex has also been supporting EU countries in organising humanitarian voluntary returns for all non-Ukrainian nationals and Ukrainian family members of nationals fleeing the conflict zone, who have requested to return to their countries of origin, or other third countries, despite being eligible to stay in the EU.

Other topics on the agenda included a presentation of the extended mandate of Eurojust to help the work of Ukrainian authorities in investigating war crimes, an update on the EU Innovation Hub for Internal Security by Europol, as well as an overview by Frontex on border management under crisis and its impact on security architecture. Also, CEPOL outlined their new strategy for the period 2023-2027 while the EU Agency for Asylum (EUAA) presented their work programme for the incoming presidency of the network in 2023.