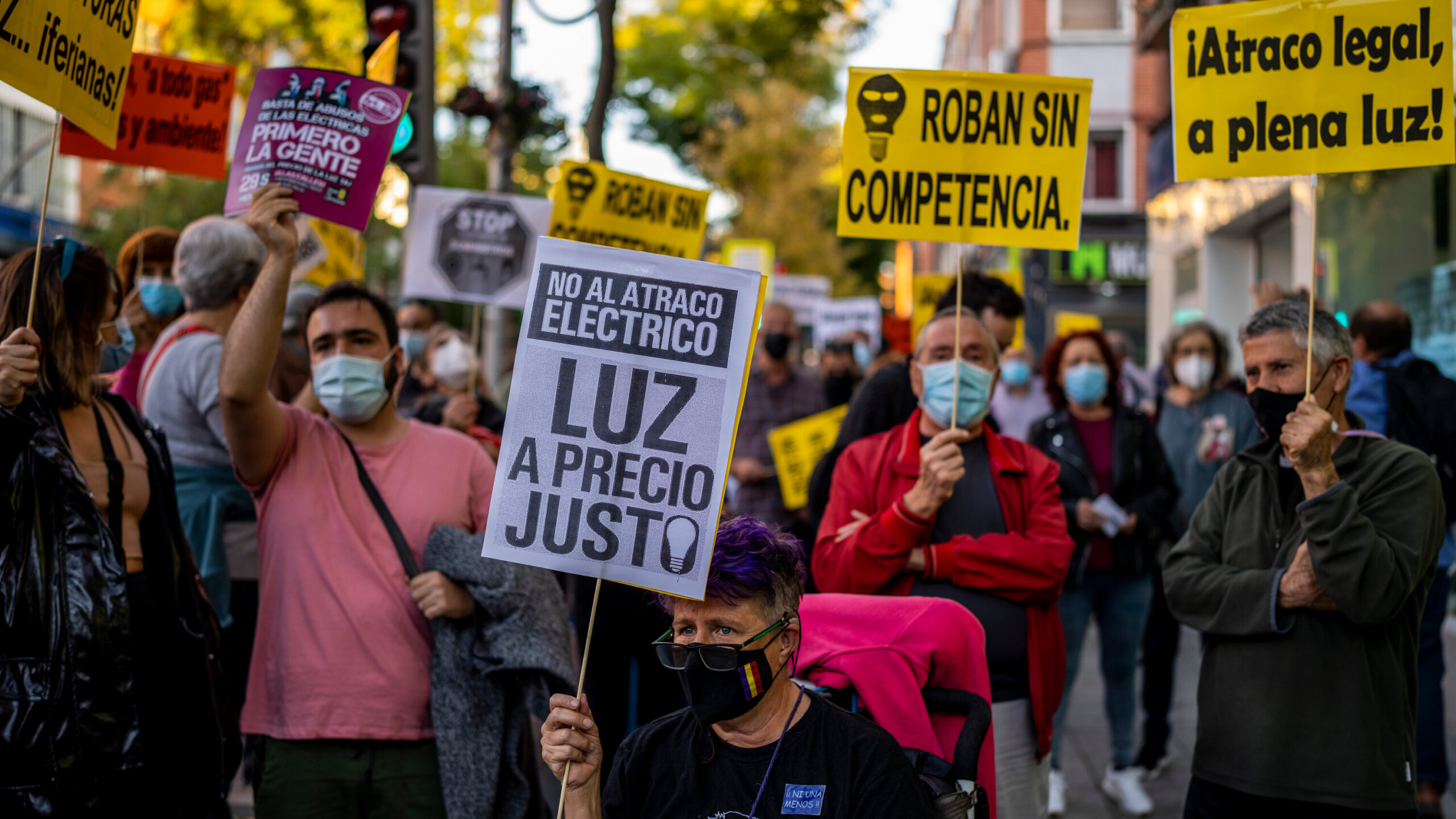 Every energy shock has its winners and losers. Countries that export more oil and gas than they import do well while those that import more than they export suffer. That was the case when the price of oil surged in late 1973 and it is the case now.

Saudi Arabia is one country that benefits from rising fossil fuel prices, and Russia is another. The Kremlin’s gas revenues have been two to three times greater than normal in the first half of this year, increasing the country’s ability to withstand a long economic siege.

According to the consultancy Capital Economics, if gas prices stay at current levels Vladimir Putin could keep exports to Europe at 20% of normal levels for the next two to three years, and could cut off supplies entirely for a year without adverse effects on the Russian economy.

Europe, as was the case in the 1970s, is a net importer of gas and oil so it is at the sharp end of the energy crisis. Oil prices rose more than fourfold in late 1973, while gas prices have risen fifteenfold since the start of 2022. Import costs are rising much faster than the value of exports, worsening the terms of trade.

Even on the cautious assumption that gas prices will fall back in the coming months, the blow to some European countries – Germany and Italy among them – will be more severe than it was in either of the oil shocks of the 1970s.

Europe is in for an extremely tough winter. It is not a question of whether there will be a recession but how deep it is and how long it lasts. Britain, despite its North Sea oil and gas production and growing renewables sector, will be hit by rising global energy costs.

As in 1973, rising energy prices have taken European governments by surprise. They were quick to impose sanctions on Russia after its invasion of Ukraine, but slower to think through the economic consequences. There seems no immediate prospect of an economic collapse forcing the Kremlin to end the war.

History suggests Russia can withstand plenty of pain over prolonged periods, and probably for longer than the west can. The siege of Leningrad between 1941 and 1944 is an example of extraordinary stoicism in the face of a blockade that lasted nearly 900 days.

So, six months into the war, what are Europe’s options?

One possibility – in theory at least – would be to do nothing. Europe could accept that rising energy costs were going to make it poorer for a time and simply suck it up. Eventually, the loss of output caused by sky-high prices would lead to a drop in demand for oil and gas, and prices would come down sharply.

The problem with allowing the market mechanism to work is that it would cause immense hardship for the citizens of European countries, especially those in the poorest households. Even the most ardent free-marketeers accept the case for helping those already struggling to pay their gas and electricity bills.

A second option would be be to seize the opportunity provided by Putin’s weaponisation of gas to speed up the transition away from fossil fuels. This is the “never let a good crisis go to waste approach”, and it clearly has merits.

Western governments have signed up to net zero carbon targets and here’s a way of accelerating progress. Instead of relying on Russian gas, countries in the west should be building up their own cleaner, greener forms of energy. This process is happening. Europe is trying to wean itself off Russian gas, but it won’t be able to do so this winter. Prices rose sharply last week when Russia’s state-owned Gazprom announced an unscheduled maintenance shut down of its Nord Stream 1 pipeline. The fear is that supplies of gas to meet Europe’s demand will be insufficient.

Before he resigned as Italy’s prime minister, Mario Draghi suggested another way out of the west’s dilemma: a buyer’s cartel. This would involve buyers of energy telling producers what they were prepared to pay, and was originally floated by Draghi in May as a way of responding to high oil prices. Nothing has been heard of it since, and there is a good reason for that: it would require a degree of international solidarity on the part of consuming nations, something that is plainly noticeable by its absence. Draghi could not even find unanimity within the European Union, let alone with China and India.

An obvious way to bring energy prices down would be to find a way of ending the war. Prices are expected to remain high throughout 2023 because the markets see no early end to a conflict in which neither side looks capable of delivering a knockout blow. This looks a reasonable assumption given that both sides seem well dug in. No serious attempts are being made diplomatically to end the stalemate, not least because the west believes anything other than complete defeat for Russia would simply incentivise future aggression.

That approach comes at an economic cost, as Boris Johnson admitted last week when he warned the UK of tough times ahead. But if doing nothing is not an option, a buyers’ cartel is a flight of fancy, the war is set to drag on and renewables will take time to make a difference, European governments have no alternative but to come up with rescue packages for consumers. There are various ways to do this. Governments could target cash payments on the less well-off. They could introduce permanently lower social tariffs. They could do as France has done and freeze bills. What is certain is that they will need to continue to offer support on a massive scale.

Queen Elizabeth II, the monarch who brought stability to a changing nation
‘We have a deal’: Kosovo citizens to travel freely to Serbia, says EU foreign policy chief