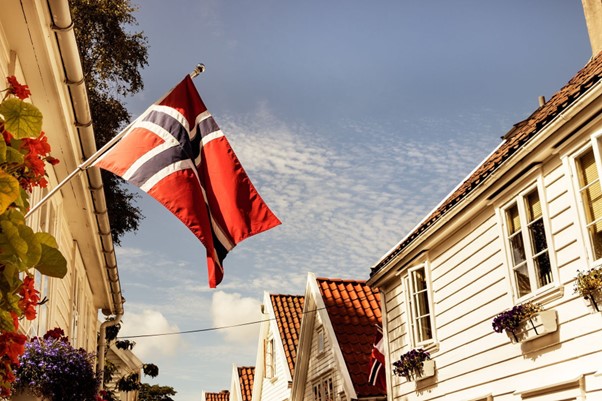 UPDATED: Norway’s prime minister was among those sending “get well” wishes to King Harald V on Monday, after the Royal Palace announced he’d been admitted to hospital again. The 85-year-old monarch has had a string of health problems in recent years but been as active as possible.

The palace announced that King Harald is suffering from an infection and needed to be placed on intravenous antibiotics. He was admitted to Norway’s National Hospital (Rikshospitalet) in Oslo “and will remain there for a few days,” wrote the palace in its press release Monday morning. By Thursday, he was home again and resting.

No further details were released. King Harald had adhered to his official program until late last week, including an audience with Prime Minister Jonas Gahr Støre on Friday before holding the weekly Council of State with the government. The king and Queen Sonja then hosted a pre-Christmas luncheon for the governent at the Royal Palace, notes news bureau NTB.

“I wish the king a speedy recovery and hope he’ll be well again soon,” Støre told newspaper Dagbladet on Monday. Former Prime Minister Erna Solberg also issued a statement noting that “fortunately we have the world’s best health care system.” In a direct greeting to the monarch via social media Solberg added that “we hope you get well as quickly as possible and can come home for Christmas.”

He did, with Queen Sonja telling reporters outside the hospital earlier in the week that he was doing well. The Royal Palace confirmed on Wednesday afternoon that he’d been released from the hospital but would “take it easy for a few days.”

King Harald had made several public appearances lately, greeting, for example, Nobel Peace Prize winners and attending their awards ceremony as usual on December 10. He also met with the former US foreign minister and First Lady Hilary Clinton on December 11 and, just a week ago, officially opened the new high-speed train called Follobanen along with his son, Crown Prince Haakon. Last Sunday he also oversaw a traditional pre-Christmas church service to honor the royal guards (Kongens Garde) at the Oslo Cathedral.

He was also admitted to hospital, though, at the end of November after a cold, in late August with a fever and recovered from Corona infection last winter. He has otherwise been in and out of the hospital for various reasons over the past few years. He underwent surgery for a knee injury last year. Hospital officials had described his condition on Monday as “stable.”