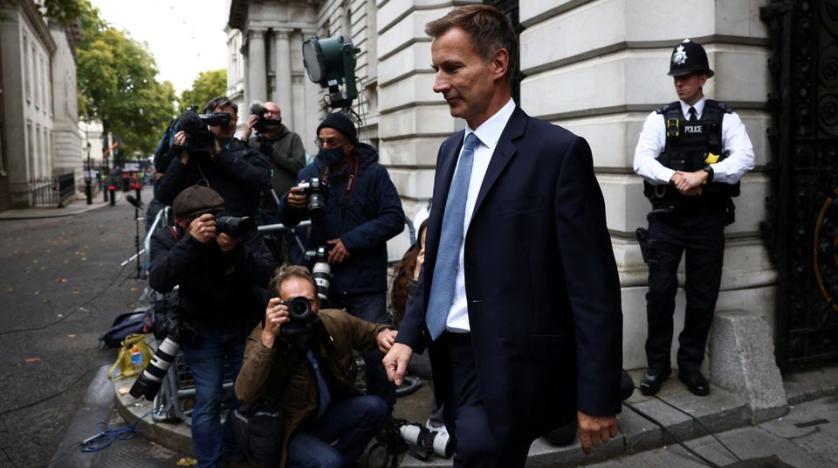 Sweeping reforms to the U.K.’s financial services sector should mark the first stage in a 20-year plan for Britain to become the next Silicon Valley, Finance Minister Jeremy Hunt said Friday.

Speaking shortly after the regulatory overhaul was announced, Hunt said the plans would improve the country’s global competitiveness, attract investment and further the government’s vision for Britain as an innovation hub.

“We should have a 20-year plan to be the world’s next Silicon Valley,” Hunt said via video call during a conference hosted by the Financial Times.

Reinforcing Britain’s financial services industry — as well as strengthening its world-class universities and tech and life sciences sectors — were among three pillars cited by Hunt in furthering that goal.

The finance minister was speaking from Edinburgh, Scotland, where earlier Friday he unveiled an extensive overhaul of the U.K.’s financial regulation system.

Dubbed the Edinburgh Reforms, the package of 30 measures includes a relaxation of the rule that requires banks to separate their retail operations from their investment arms. This measure — first introduced in the wake of the 2008 Financial Crisis — would not apply to retail-focused banks.

The government also confirmed it will review rules around the accountability of top finance executives — another post-2008 regulation. The Senior Managers Regime, introduced in 2016, means individuals at regulated firms can face penalties for poor conduct, workplace culture or decision-making.

Hunt said that it was important not to “unlearn the lessons of 2008,” but at the same time acknowledge that banks today are in a “much stronger” position.

Critics of the reforms have expressed deep concern.

“With new objectives for regulators to promote the ‘international competitiveness’ and growth of the financial services sector, we are likely seeing only the beginning of a race to the bottom on standards,” Boait said.

The reforms have been touted by the government as a post-Brexit overhaul of EU laws that “choke off growth.”

However, Hunt acknowledged to the FT’s political editor, George Parker, that some of the reforms could have been achieved inside the union.

They come as the U.K. has failed to match EU neighbors, and OECD countries more broadly, in returning to pre-pandemic growth rates.

“There are plenty of things amongst these reforms that we could have done anyway,” Hunt said. “But, of course, Brexit freedoms mean that we have more latitude.”

Hunt said there were parts of EU regulation that the U.K. was likely to retain, while other pieces would be scrapped altogether to allow Britain to support its “growth industries.”

In a nod to the Bank of England — whose rapid intervention helped to prop up the economy in the wake of predecessor Kwasi Kwarteng’s disastrous mini-budget — Hunt also praised the U.K.’s regulatory bodies and their independence.

“I’m a big, big fan of our regulatory structures,” said Hunt. “The independence of the Bank of England and other regulators … has stood us in very good stead.”

He added that independence helps give credence to the U.K.’s position as an investment hub.

“It gives people confidence that the U.K. is a safe place to invest,” he said. “And stability is — and remains — the most important thing.”