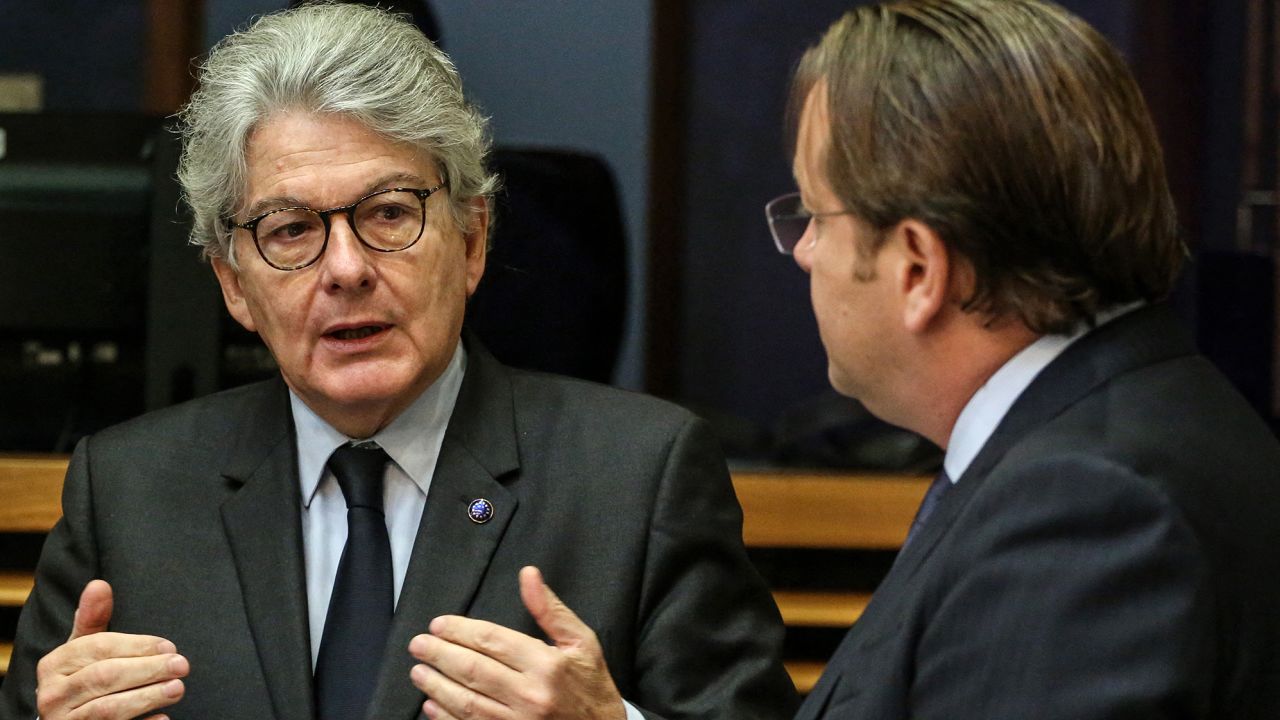 A top European Union official warned Twitter owner Elon Musk on Wednesday that the social media platform must take significant steps to comply with EU content moderation laws, and that European officials will be monitoring closely for compliance.

Twitter has “huge work ahead” to meet its obligations under the Digital Services Act, Europe’s new platform regulation, said Thierry Breton, the EU’s digital chief, in a readout of his meeting with Musk.

“Twitter will have to implement transparent user policies, significantly reinforce content moderation and protect freedom of speech, tackle disinformation with resolve, and limit targeted advertising,” Breton said in a statement. “All of this requires sufficient AI and human resources, both in volumes and skills. I look forward to progress in all these areas and we will come to assess Twitter’s readiness on site.”

During Wednesday’s meeting, Musk agreed to let EU officials “stress test” the social media platform for compliance with the DSA early next year, Breton added. The testing, which will be performed at Twitter’s headquarters in early 2023, will provide ample opportunity for Twitter to make changes in order to meet any legal deadlines and to prepare for an independent audit of the company’s practices, Breton’s office added.

The DSA, which went into effect this month, lays out new rules on how the tech industry handles misinformation and illegal content on social media, as well as illegal goods and services on online marketplaces. The biggest companies that violate the law could face billions in fines.

The meeting between Breton and Musk follows an earlier discussion the two had in May in which Musk expressed support for the European regulations.

In a blog post Wednesday, Twitter said none of its policies have changed since Musk took over the company, and that its trust and safety team “remains strong and well-resourced, and automated detection plays an increasingly important role in eliminating abuse.” Content that violates Twitter’s rules, it added, will be demoted on the platform.

In addition to EU scrutiny, Musk’s Twitter could also face additional pressure at home. At a conference on Wednesday, Treasury Secretary Janet Yellen said she “misspoke” when she previously said she sees “no basis” to investigate Musk’s acquisition of Twitter, which included financing from a Saudi prince. Yellen added that it could be appropriate for the Committee on Foreign Investment in the United States (CFIUS) to review Musk’s Twitter takeover.