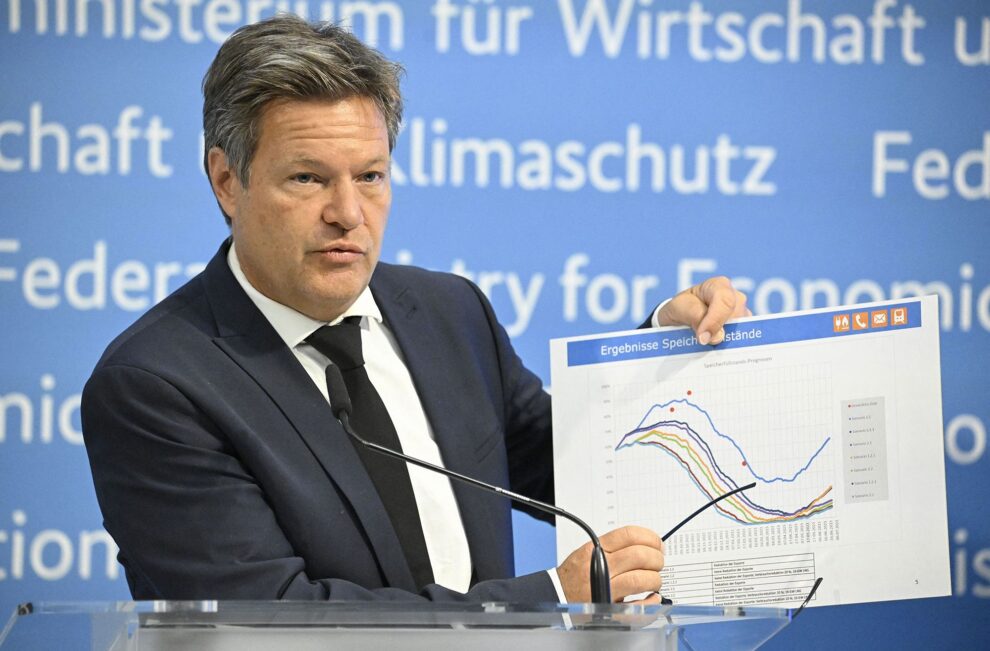 The country’s GDP rose 1.9% last year, mostly due to a surge in household spending, according to a preliminary estimate from its Federal Statistics Office published on Friday.

That has “greatly diminished” the risk of a much-feared recession in Germany, Deutsche Bank said in a note Friday. The bank predicts the German economy will stagnate this year, rather than decline, as it had previously forecast.

Other economists are more hopeful.

“We expect the economic cooldown to be only mild and predict a small, but positive growth rate for the overall year 2023,” Timm Boenke, co-head of forecasting and economic policy at the German Institute for Economic Research, in Berlin (DIW Berlin), told CNN.

German Minister of Economics and Climate Protection Robert Habeck shows a graph featuring forecasts of gas storage levels as he gives a press conference on energy supply security, on June 23, 2022 at his Ministry in Berlin.Tobias Schwarz/AFP/Getty Images

Since the world started to reopen in 2021 after the pandemic, Germany, like many other countries, has wrestled with rising energy prices, supply chain bottlenecks and runaway inflation, piling pain on millions of households and businesses.

Russia’s invasion of Ukraine in February last year only poured fuel on that bonfire of problems, pushing inflation to record highs and triggering an energy crisis.

But separate data released this week also indicate that Germany may have turned a corner. Production among the country’s manufacturers — a key engine of its economy — rose 0.2% in November from the month before, following a 0.4% decline in October, according to its statistics office.

Production in energy-intensive industries, which includes chemicals and metals manufacturing, also increased 0.2%, though it is still almost 13% below where it was 12 months ago.

While these are modest jumps, it could indicate that better times are coming.

“The German economy has been more resilient than initially feared,” Jan-Christopher Scherer, a research associate at DIW Berlin, told CNN.

While Scherer expects the country’s GDP to drop slightly in the first three months of 2023, he sees it returning to “robust growth rates” by the end of the year.

Germany has had a difficult year.

The wholesale cost of natural gas, a major source of its energy, skyrocketed after the invasion, pushing up utility bills for millions of consumers.

Prices continued to soar as Moscow, once Berlin’s biggest supplier of gas, slashed its exports to Europe. Natural gas reached an all-time high of €346 ($374) per megawatt hour in late August — up by over 1,000% from the same time a year before.

But wholesale prices in Europe have fallen a dramatic 81% since that peak, thanks to a concerted effort by European countries last summer to fill their gas stores to record levels, and a spell of unseasonably warm weather over the holiday period.

Consumer price increases — of which energy costs are a major component — have also started to fall. After soaring to a 71-year high of 10.4% in October, price hikes dropped in November, and then again in December, to hit 8.6%, according to provisional data released last week.

The decline is likely to continue over the course of this year, Scherer said, and could end up close to the European Central Bank’s target of 2% by the end of 2024.

Not everyone is feeling so optimistic.

About 40% of German companies expect business to decline in 2023, and another 35% think it will stagnate, according to a November survey of 2,500 firms conducted by the German Economic Institute.

Companies cited elevated energy costs, the price of raw materials and inflation among the reasons for their pessimism.

Frederick Persson, chief executive for Central and Eastern Europe at Prysmian Group, an Italian-owned cables manufacturer, told CNN in October that eye-watering energy bills had the potential to shut the business down.

Three months later, the situation is still “shaky,” he said, even though Prysmian has managed to cut its consumption of gas by close to a third in the region by lowering the heat in its offices and plants.

A big push by households and businesses to use less gas — encouraged by a voluntary 15% reduction target set by the European Union — has helped keep stores full, and bring prices down.

German industry is no longer worried that a severe shortage of gas could lead to mandatory rationing, or even blackouts.

A compressor station of the Jagal natural gas pipeline on April 28, 2022 near Mallnow, Germany.Sean Gallup/Getty Images

But, for Prysmian, much of the damage has already been done. Since September, the company has cut about 15% of its workforce in the region. It has started buying cheaper machinery from Turkey which, Persson said, experiences fewer “electrical cost spikes” compared to Germany.

“[Energy prices] will mean that we will invest less in Germany, for sure,” he added.

Germany’s statistics office attributed the jump to the “catch-up effects” of the removal of nearly all coronavirus restrictions during the spring, which led to a surge in spending at restaurants, among other recreational activities.

Germany’s economic revival is highly dependent on its trading partners.

According to Scherer, a “global economic cooldown [that] is more prolonged and deeper” than expected would present the biggest risk to German growth, likely leading to a drop in demand for its exports.

The International Monetary Fund said last week it expects a third of the world to fall into recession in 2023.

Other risks are more long term.

According to an October survey by the Ifo Institute for Economic Research, nearly 46% of small-to-medium businesses in Germany said their operations were held back by a lack of skilled workers.

Those gaps may worsen in the years to come as the number of working-age people in the population declines. In the next three years alone — assuming no net immigration — the domestic workforce will drop by 1.5 million people, the institute forecasts.

“More and more companies are having to cut back on business because they simply can’t find enough staff,” wrote Stefan Sauer, a labor market expert at Ifo, in an August report. “In the medium and long term, this problem is likely to become more severe.”

Michael Grömling, the head of macroeconomics at the German Economic Institute, told CNN that chronic shortages in the labor force, on top of a lack of investment in the manufacturing industry, spell disaster for the economy.

“We do not have enough qualified labor,” he said. “That [has put] a brake on our economy for at least the last 10 years.” 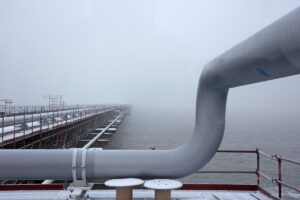 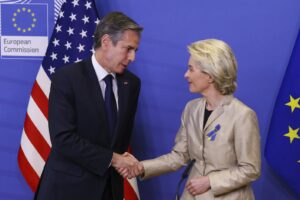