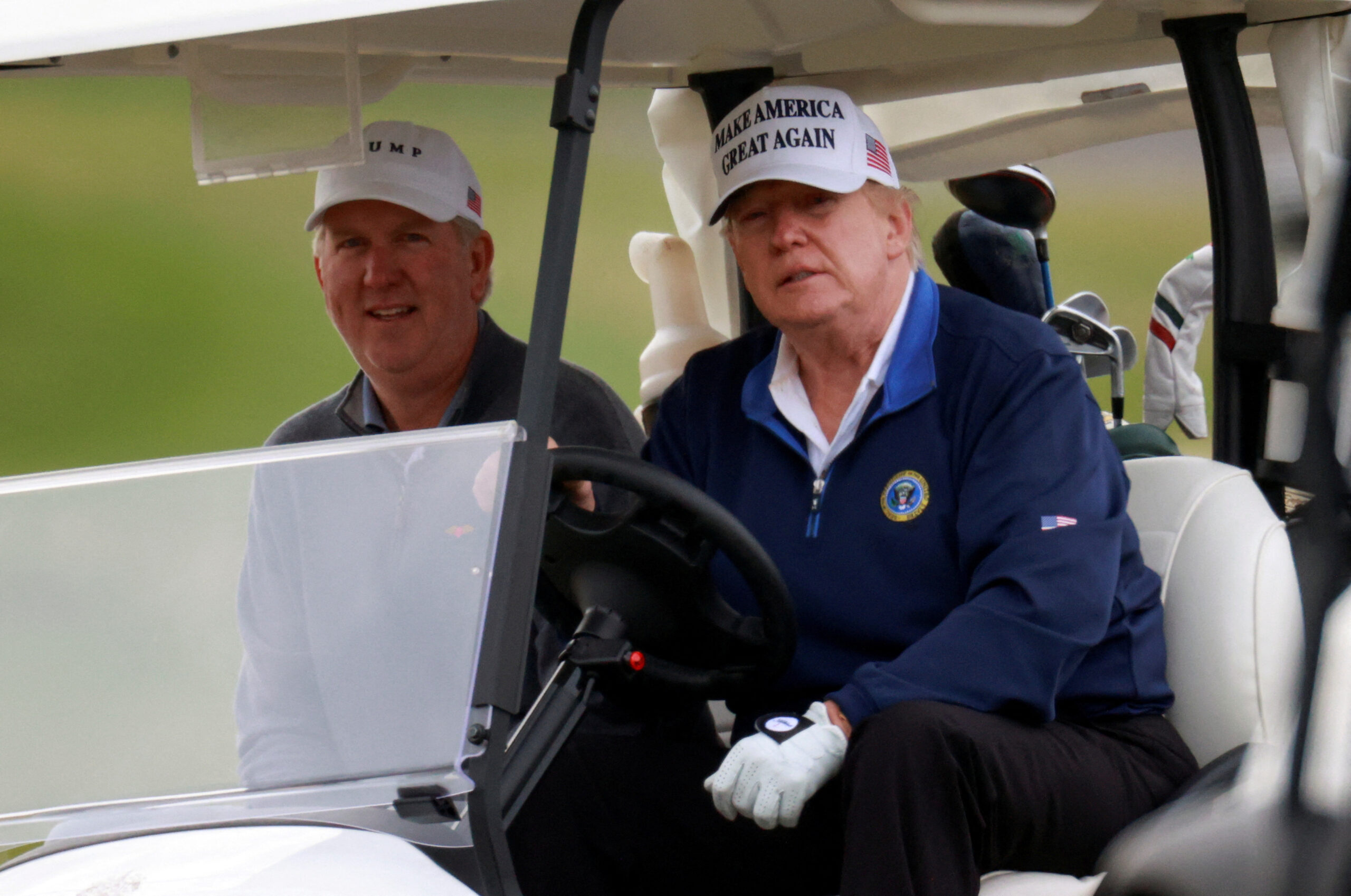 In business, he has always lived by a simple principle: All that matters is winning. And winning is judged by who has the most money.

“All of those golfers that remain ‘loyal’ to the very disloyal PGA, in all of its different forms, will pay a big price when the inevitable MERGER with LIV comes, and you get nothing but a big ‘thank you’ from PGA officials who are making Millions of Dollars a year,” Trump wrote. “If you don’t take the money now, you will get nothing after the merger takes place, and only say how smart the original signees were.”

Let’s take a quick step back.

LIV Golf, a brand new rival to the PGA Tour, receives money from a Saudi-backed sovereign wealth fund and is paying high-profile golfers exorbitant sums to play in its events. So far, it has recruited a handful of big names, most notably Phil Mickelson and Dustin Johnson. Golf legend Greg Norman has been leading the LIV efforts.

It’s caused an outcry among human right advocates who note that the Saudi regime has a history of repressive behavior and has been linked by the US intelligence community to the murder of Washington Post journalist Jamal Khashoggi in 2018 in Istanbul.

Mickelson acknowledged that the Saudis are “scary motherf******” in an interview for a book on his life, but added: “This is a once-in-a-lifetime opportunity to reshape how the PGA Tour operates. The Tour likes to pretend it’s a democracy, but it’s really a dictatorship. They divide and conquer.”

Trump, of course, has selfish motives for promoting the LIV Tour. His golf courses are scheduled to host not one, but two LIV events this year — a tournament at his Bedminster, New Jersey, course later this month and the final event of the LIV season at his Doral, Florida, course in October.

His involvement with LIV is about revenge too.

Trump’s Bedminster course was supposed to host the 2022 PGA Championship, a major sign that Trump — always desperate for the approval of the golfing elites — had finally made it.

But in the wake of the riot at the US Capitol on January 6, 2021, the PGA voted to strip Bedminster of the tournament, eventually moving it to Southern Hills in Oklahoma.

Speaking to Golf Digest earlier this year, Trump expressed shock that the tournament was taken from him, before touting the role he would play with the LIV tour.

“I made a deal with them,” Trump said of the LIV executives. “They’re very good people. They’re very fine people. Greg Norman’s been a total gentleman, you know, and he’s wanted to do this for years and now he has the right backers because, you know, [the Saudi money] is unlimited. They can do the job right. I think when you put up first-place prize money for $6 or $7 million, I think a lot of people are gonna be showing up, to be honest with you.”

Nowhere did Trump mention the murder of Khashoggi or the protests from the families of 9/11 victims that he and others who participate in LIV events are effectively “sportswashing” Saudi Arabia in exchange for massive financial windfalls. (While the Saudi government has not been directly linked to the 9/11 attacks, 15 of the 19 men who hijacked planes that day were Saudi nationals. The Saudi government has denied any involvement.)

Trump has never let ethics get in the way of a good business deal. And if he’s able to punish his enemies along the way, all the better.

That’s why it makes perfect sense that Trump has sided with LIV Golf: He can make money, get attention and hurt the PGA Tour along the way. That’s the trifecta in Trump’s world — ethical concerns be damned.