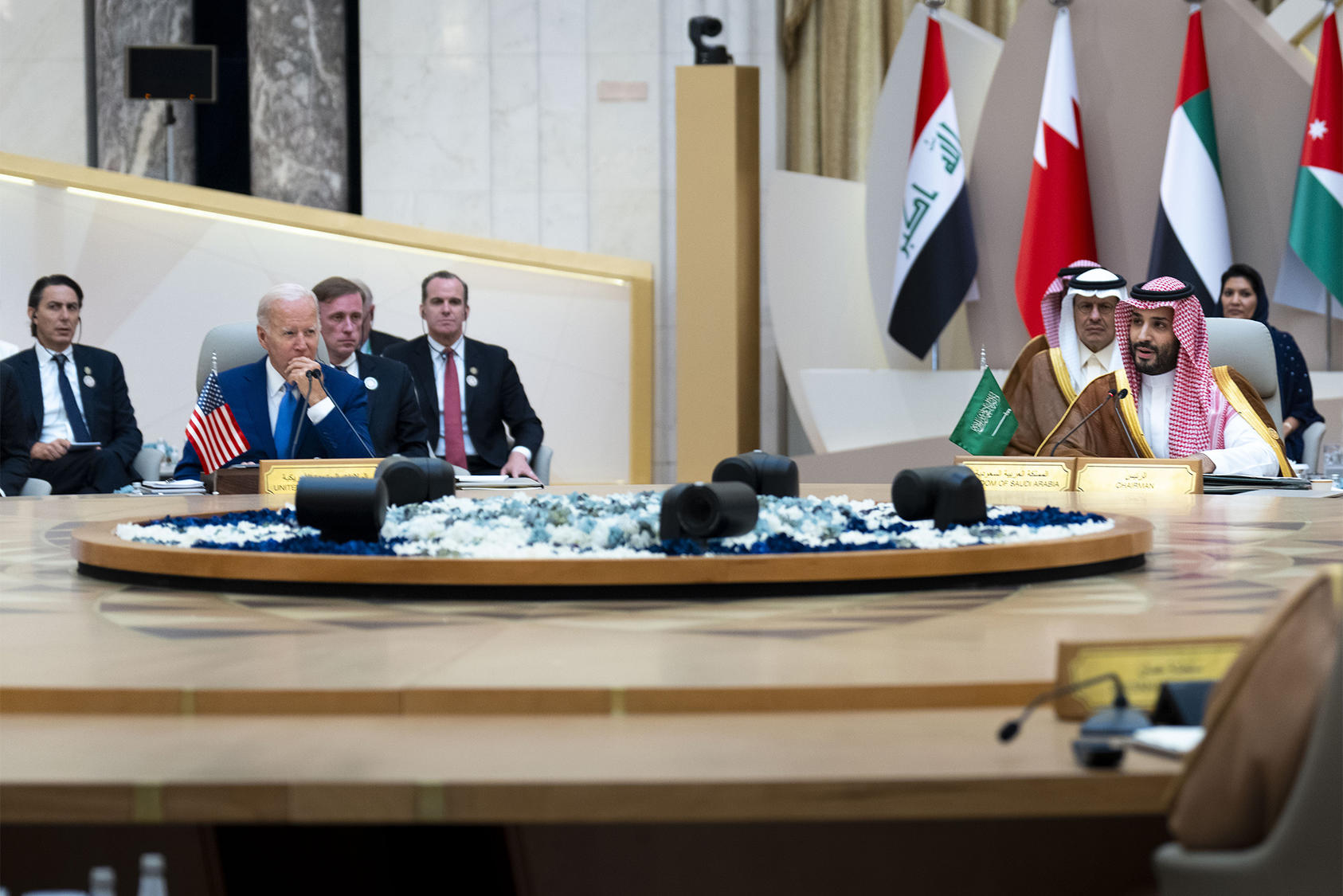 Last Wednesday, Uzbek President Shavkat Mirziyoyev became the first leader from his country to visit Saudi Arabia in 30 years, the latest recipient of a Saudi diplomatic offensive that has included the United States, France, China and other powers.

Four years after the murder of dissident Saudi journalist Jamal Khashoggi in Istanbul left foreign leaders distancing themselves from the world’s largest oil producer, Saudi Arabia is taking advantage of the energy crisis sparked by the Ukraine war to rehabilitate and reposition itself with diplomatic partners.

In July, US President Joe Biden, who pledged during his election campaign to make his host an international pariah, met Saudi Crown Prince Mohammed bin Salman bin Abdulaziz, who US intelligence agencies say was the likely mastermind behind the 2018 killing.

In August, the Saudi crown prince met French President Emmanuel Macron in Paris, while Chinese counterpart Xi Jinping is reported likely to make Riyadh the destination of his first post-pandemic foreign trip. Other recent moves include including meetings with Turkish and British leaders, rapprochement with long-term foe Iran and a joint football World Cup bid with Egypt.

Saudi Arabia knows that it is in demand as the largest foreign oil supplier to both China and the United States, increased US energy self-sufficiency in recent years notwithstanding. Analysts expect US domestic crude output to fall off in the next few years, while Beijing wants to lock down supply to secure its economic growth.

Russia’s invasion of Ukraine six months ago and Western efforts to sanction Russia and wean Europe off Russian energy, have sent oil prices rocketing to levels not seen in more than a decade.

OPEC energy suppliers, led by Saudi Arabia, are keen to keep them high, making only a tiny increase in production despite Biden’s pleas and now openly discussing cutting output.

The Ukraine war may show no sign of ending, but Saudi Arabia knows its window of opportunity is not limitless. Analysis by consulting firm McKinsey and other specialists suggests several centuries of rising global oil demand may peak in the next 3-5 years, undercut by the rise in electric and hybrid vehicles.

That may shift the balance of power to producers of natural gas, vital to both heating and electricity production and handing advantage to nations such as Russia, Canada and Saudi Arabia’s regional bugbear Qatar, partially blockaded by Saudi and Gulf allies in 2017 over multiple issues, including its support for the Muslim Brotherhood and alleged “terrorism.”

Rising US-China tensions, therefore, could scarcely have come at a better time for Riyadh, with the Biden administration blunt in its determination to prevent Saudi Arabia from drifting too far into Beijing’s autocratic sphere of influence.

Before his July visit, Biden pledged to “reorientate, not rupture” relations with the kingdom, which he said had been a strategic partner of the United States for 80 years. Even before the Khashoggi killing and unravelling of relations, however, Saudi Arabia had been moving diplomatically and economically closer to Beijing.

That includes a 2016 “strategic partnership” tied to “stable, long-term energy cooperation,” and rising trade valued at $65.2 billion in 2020, compared to less than $20 billion with the US the same year. Both China and the United States sell Saudi Arabia arms, but there are reports Beijing is also helping Riyadh build its own ballistic missiles alongside other weapons deals.

European states too are in a hurry to win Saudi over. British Prime Minister Boris Johnson made a high-profile visit to Saudi in March, shortly after Russia’s invasion of Ukraine, seen as a relatively naked bid for energy supplies from both Riyadh and nearby Gulf states. The Saudi crown prince’s visit to France follows several years of efforts by both nations to improve relations.

As the West woos Riyadh, Saudi appears itself to be putting effort into strengthening its own regional relationships. June saw the Saudi crown prince visit Turkey for the first time since the Khashoggi killing, shaking hands with Turkish President Recep Tayyip Erdogan as if the latter had never publicly accused “the highest levels of the Saudi government” of the murder.

As with the visit of Uzbek leader Mirziyoyev, the rapprochement in Turkish-Saudi relations has been fuelled by a mutual need of friends, partly by shifting domestic political drivers in both countries. Turkey is battling inflation in excess of 80 percent ahead of elections next year.

In Uzbekistan, the initial 1991 visit of then President Islam Karimov to Saudi Arabia was followed by a dramatic worsening of relations after the Uzbek leader clamped down on the conservative Wahhabi school of Sunni Islam, dramatically souring tensions.

More complex are Saudi Arabia’s relations with Iran. Riyadh severed relations with Tehran in 2016 after an angry mob stormed and set fire to the Saudi embassy following the execution in Saudi Arabia of a Shia cleric, with the long-running war in nearby Yemen further souring relations as Saudi and Emirati forces battled Iran-allied Houthi fighters.

Relations deteriorated further in 2019, with Houthi drone and missile strikes on targets in Saudi Arabia and the UAE. But they have since improved, with Kuwait and Abu Dhabi boosting trade and links in recent years and UAE returning its ambassador to Tehran this month.

That has prompted similar but slower steps from the Saudi government, although distrust remains. Relations with Qatar remain similarly tense despite the end of the partial blockade last year.

The Biden administration is hoping its diplomatic outreach can further reduce regional tensions, including salvaging the nuclear deal with Iran. The US has also expended considerable diplomatic capital on building relations between Israel and Gulf states, starting with Bahrain and the UAE and with the opening of Saudi skies to Israel seen as a further step.

How far Saudi Arabia will really let that go remains an open question, although there seems little doubt it remains more worried by Tehran than Israel. If recent history is any judge, modern Saudi Arabia wishes to maintain freedom to hurt its enemies as much as it desires new friends.