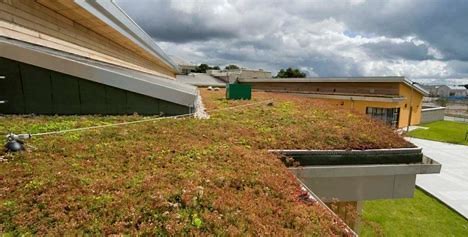 Europe is in a race against time to fully decarbonise its economy. It is off to a slow start but by creating more space for investments in the green transition, through clear incentives and regulations, Europe can surge ahead.

Europe has set itself the admirable goal of becoming the first climate-neutral continent, by 2050 at the latest. We know where the finishing line is and failure to get there is not an option. But the road will be difficult.

Such massive restructuring of our economies calls for bold, forward-looking, concerted and co-ordinated government action. Policy-makers must set a clear direction, lead the way and navigate the most achievable path for the benefit of all.

They do have tools at their disposal to make the going less tough. Regulation, incentives and the right investments can deliver the profound socio-cultural and economic changes needed while ensuring prosperity and equity. Infrastructure investment is key to defining effective, green and equitable transition pathways and making sure the uphill journey remains navigable.

There’s no doubting how steep is the climb ahead. The European Commission has said annual investments will have to increase by around €520 billion per year until 2030 to achieve the goals of the European Green Deal. Only additional public funding can unlock this level of investment and mobilise spin-off private capital.

More than half of the required investments in climate-compatible infrastructure (around 60 per cent, according to McKinsey) cannot be expected to yield a satisfying return. Public funding is therefore essential to increase sufficiently the scale, efficiency and affordability of such investments, while maximising the associated benefits for the citizen.

Up-front investment in low-carbon infrastructure will be crucial to guaranteeing long-term sustainable practices. The European Union’s Recovery and Resilience Facility (RRF), stemming from the pandemic, is a strong instrument to stimulate investment and reforms for the green and digital transitions. The temporary facility links the disbursement of funds to the achievement of common goals with concrete reforms and investments. This enables monitoring of the quality of individual capitals’ use of funds and is a blueprint for effective future such instruments.

Analysis by the ZOE Institute however shows that in many cases member states have not sufficiently exploited the transformative potential of the RRF. And, in comparison with the overall investment needs, the funds provided remain insufficient.

Tight fiscal rules for the EU27 are among the barriers to enhancing public investment in sustainable infrastructure. The current rules oblige members to limit public debt as a proportion of gross domestic product (to 60 per cent) and maintain close to balanced budgets. To cushion the socio-economic impacts of the pandemic, a ‘general escape clause’ was activated at its outbreak putting these rules on hold. Consequently, debts have increased sharply in many places: for example, in Greece the debt-to-GDP ratio is over 170 per cent.

We need your support

Social Europe is an independent publisher and we believe in freely available content. For this model to be sustainable, however, we depend on the solidarity of our readers. Become a Social Europe member for less than 5 Euro per month and help us produce more articles, podcasts and videos. Thank you very much for your support!Become a Social Europe Member

When the escape clause is deactivated (by the end of 2023), fiscal consolidation and austerity policies loom. These could require drastic spending cuts in highly indebted EU countries and have devastating socio-economic consequences.

The tight corset of fiscal rules is underpinned by tenacious ideologies of balanced budgets, according to which governments are not supposed to ‘live beyond their means’. Analogies comparing public budgets to private households—the word Haushalt refers to both in German, for instance—confuse how the former work.

Depending on the circumstances, governments can sustain high debts for long periods. Japan for instance, has had an average debt-to-GDP ratio of around 200 per cent over the last decade while being economically very successful.

Treating government debt as if it were like household debt puts misleading brakes on public investment and obscures the economic function of state financing. Budget surpluses are often presented as needed for debt repayment and fiscal space. Yet a surplus in the public budget in almost all cases means that the state takes more from society than it gives.

This is not to say that debt should rise without limit. But to succeed in the uphill struggle the ecological transition represents it is important to learn from the past and not retread the same detours and dead ends. Rather than cutting spending and essential public services to comply with arbitrary numerical fiscal rules, EU governments should focus on investments that help build sustainable and resilient economies.

Due to their positive economic, ‘multiplier’ effects, such investments can reduce fiscal risks, allow for extension of debt maturities and enable lower debt-servicing over the long run. Reforms of the fiscal rules should allow member states to invest and spend as much as required to reach the destination of a fully decarbonised economy by 2050.

In addition, following the precedent of the RRF, a permanent EU fiscal capacity is essential to ease the uphill journey and enable member states to tackle cross-border challenges. Targeted EU funds can be used for various redistributive purposes and to achieve common policy goals, such as the energy transition and associated costs in welfare benefits and workforce retraining. A permanent fiscal capacity can also support social cohesion by aligning national fiscal policies with the needs of the entire eurozone. Rather than this engendering ‘moral hazard’, member states lacking the risk-absorbing capacities needed in crises would be supported by others, enabling targeted support for those with the highest and most urgent investment needs.

Success, however, will hinge not only on mobilising a sufficient quantity of public funding but also on ensuring its quality—by focusing on investment that is future-fit. For that, government regulations and incentives have to be adapted to the goals of the transition.

Evidence shows that action now to effect the transition towards low-carbon economies will decrease the long-term economic costs by one-third—while the costs of inaction in the face of the climate crisis are massive. And yet massive capital flows continue, even now, into non-sustainable sectors of our economies. In 2020, around 7 per cent of GDP was still spent globally on fossil-fuel subsidies—a roadblock on the journey to climate-neutrality. The revenue gain from the removal of these subsidies, which amount to roughly €56 billion annually for the EU, could be repurposed to facilitate the green transition.

Ultimately, what is required is to set a guiding compass for the purpose of the economy and of public spending—to support the wellbeing of people and the planet. This will require an upgrade of current economic structures, which are still primarily geared towards increasing economic activity, ‘competitiveness’ and growth.

There are promising examples which can guide the way to maximising the positive impact of investments. The Recovery Index for Transformative Change (RITC) is one tool to help policy-makers identify the potential and risks of investments and reforms, directed towards integrated social, environmental and economic goals; it shows how systemic change can be operationalised.

Another example is the Scottish government’s Green Infrastructure Strategic Intervention. This aims to improve multifunctional green infrastructure in towns and cities affected by multiple deprivation, for combined social, environmental and economic good. Policy design through ‘co-creation’ and consultation have brought high community support. Green budgeting processes in France and other European countries are equally worthwhile examples of how to improve the quality of spending towards the achievement of climate and other environmental goals.

Crucial lessons can be drawn from these examples. First and foremost, clear goal orientation is required. Long-term thinking, a holistic approach and multi-stakeholder engagement have proved beneficial, especially to increase public acceptance of the inevitable trade-offs.

Furthermore, qualitative as well as quantitative evidence is important as a basis for decision-making. Policy-makers must be aware that the transition will take us into new territory and that this journey must encompass learning and adaptation. Reflection along the way is therefore part of the process and does not only serve to measure impact.

If guided by these principles and with good use of the tools available, Europe can set the compass and steer a smoother route to a sustainable future.

This article is part of a series, ‘Beyond the cost-of-living crisis: addressing Europe’s lack of strategic autonomy’, supported by the macroeconomic institute, IMK, of the Hans Böckler Stiftung

Big polluters given almost €100bn in free carbon permits by EU
Explainer: Why the U.S. Inflation Reduction Act has Europe up in arms