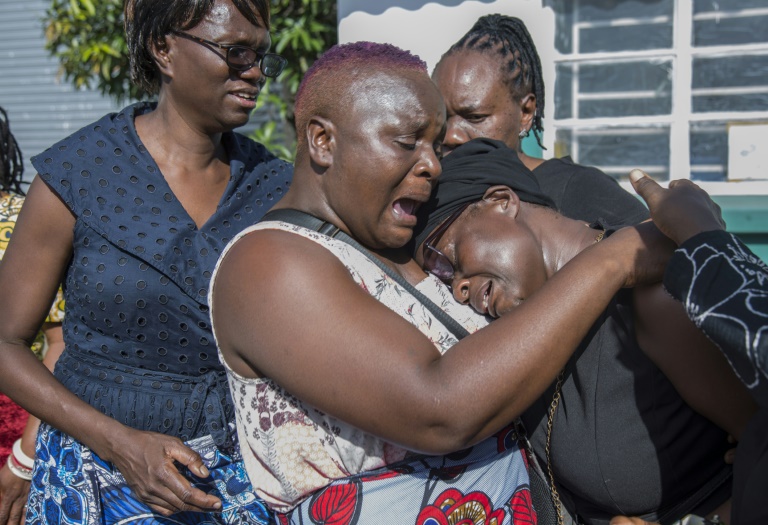 The death of a 23-year-old Zambian student who had been recruited to fight for Russia in Ukraine has left the family devastated, his older sister has told the BBC.

It’s not just that he has died but also the unanswered questions over the young man’s brutal death in a foreign land.

Lemekhani Nyirenda was serving a drugs-related prison sentence in Russia but was freed and deployed to the front lines in Ukraine.

“We want to know how he was conscripted without his family being notified? Was he coerced?” asked Muzang’alu Nyirenda.

The family felt “robbed” by her brother’s death, she added.

Zambia’s Foreign Affairs Minister Stanley Kakubo announced on Monday that Mr Nyirenda, who had been studying at the Moscow Engineering Physics Institute, was serving a nine-year prison sentence for a drug offence.

He said Mr Nyirenda was killed on the front lines in September, but Russian authorities had only just informed Zambia of the death.

Mr Kakubo said that Zambia had demanded answers over the student’s death and why he had been sent to Ukraine.

Most Zambians are shocked by the news, but also frustrated that the government has not shared more information to explain the circumstances that led to the student being deployed to Ukraine.

According to Ms Nyirenda, her brother travelled to Russia in 2019 to study nuclear engineering on a government sponsorship, a partnership between the two countries which dates back many years.

“There is so much we don’t know. Why didn’t the Zambian government know he was being sent to war to fight?” his older sister told the BBC.

“The people that took him to that war looked down on us as a family, he was nothing to them. They used him,” she said.

Mr Nyirenda was working as a part-time courier when he was arrested in 2020 with a parcel containing drugs, his sister said.

“We believe he didn’t know what was in the package he delivered, he told us he didn’t. He would get text messages for pick-ups and instructions on where to deliver them,” she said.

“On one occasion he was stopped by the police and searched and they found drugs in the package. He explained he was working for an online courier and didn’t know about the parcels but he was arrested,” Ms Nyirenda said.

The family, however, always remained hopeful that he would return home safely.

But while he was serving his term at a medium security prison he was recruited, his family believe, by the Wagner Group, a Russian mercenary group that has been conscripting prisoners to fight for Russia in Ukraine in exchange for their freedom.

In September, leaked footage showed Yevgeny Prigozhin, head of the Wagner group, outlining the rules of fighting, such as no deserting or sexual contact with Ukrainian women, and then giving the prisoners five minutes to decide if they want to sign up.

Ominously, he told the prisoners he would get them out of jail alive but said he could not promise to bring them back alive.

They have stolen my brother

Born to university professionals Edwin and Florence Nyirenda, Lemekhani was the youngest of four children.

Even while in prison he found a way to communicate with his loved-ones in Zambia.

The last time his parents heard from him was on 31 August on a cryptic phone call that filled them with concern.

“He told my parents: ‘I am no longer in prison but where I am is confidential’. My parents were worried, we all were when he shared this. We knew he was a prisoner in a foreign country where he had no rights, we were worried about what was going on, but he could not share more and my parents didn’t probe him further,” Ms Nyirenda said.

The family notified the Zambian authorities of the odd call and were assured of an investigation into his whereabouts, but months later came the news of the young man’s death.

“He was young, they stole his life away from him. He’s got a twin brother, they’ve stolen my brother’s other half,” his sister said through tears.

“Lemekhani had so many plans. He was studying so he could come back and pamper my mother. He had plans to help rebuild Zambia. They’ve robbed us,” she said.

“There is no closure, only questions. We want him home so we can lay him to rest in peace. We want him back with the people who love him but we deserve answers,” said Ms Nyirenda.

His body, according to Zambian officials, has been transported to Russia’s southern border town of Rostov in preparation for his repatriation to Lusaka where his family will bury him.

Further inquiries by the BBC to Zambia’s ministry of foreign affairs have gone unanswered.

Zambia has taken a neutral position on the Russia-Ukraine war, like many other African countries, but says it condemns any form of war.